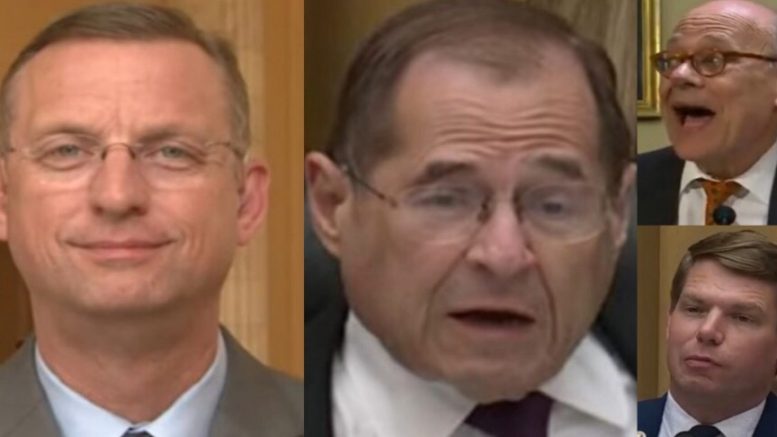 A D.C. federal judge on Wednesday shot down an attempt by House Judiciary Committee Democrats to link their subpoena for former White House counsel Don McGahn to a separate request for secret grand jury information from the Russia investigation after the Justice Department accused them of trying to “game the system”, as reported by Fox News.

Ranking Member of the House Judiciary Committee, Rep. Doug Collins (R-GA), released a statement in response to Wednesday’s ruling by the U.S. District Court for the District of Columbia.

The court found that Democrats’ suits asking for grand jury material from the Mueller report and to enforce their subpoena against Don McGahn should not be designated as related because “judicial efficiency is not served where two cases present such different factual and legal issues, as is the circumstance here,” according to a press release statement from Rep. Collins.

Normally cases are assigned to judges randomly, which the DOJ said is meant to keep parties from “attempting to game the system” by “shopping” for a judge they like. But in a Tuesday court filing, the department alleged the Democrat-controlled committee was trying to do exactly that by exploiting an exception that allows “related” cases to be heard by the same judge. In this case, the DOJ said the panel improperly sought to connect the McGahn case to the grand jury case simply because they’re both part of their investigation of President Trump, per Fox News.

“[A]t first blush, the House Judiciary Committee’s view that the related case rule applies is understandable,” D.C. District Court Chief Judge Beryl Howell wrote in her order rejecting the bid. “Nonetheless, closer examination demonstrates that these connections between the two cases are too superficial and attenuated for the instant McGahn Subpoena Case to qualify[.]”

“This later-filed, subpoena-enforcement suit involves no issues of fact or law common to the earlier Grand Jury application, nor does it focus on a common event or transaction such that the matters would be ‘related,’” the DOJ argued in its court filing. (Continued Below)

House Judiciary Chairman Jerrold Nadler (D-NY) confirmed during an interview with CNN that he has launched “formal impeachment proceedings” against President Trump. “‘This is formal impeachment proceedings.‘” Nadler claimed. “We are investigating all the evidence, we’re gathering all the evidence and we will at the conclusion of this, hopefully by the end of the year, vote [on] articles of impeachment onto the House floor, or we won’t. But, that’s the decision we will have to make. That’s the exact process that we’re in right now.” [Emphasized]

“As I have been saying for months, Democrats have not begun an impeachment inquiry against the president. Until the full House votes to authorize such an inquiry, that status will not — indeed, cannot — change. The chairman’s public statements notwithstanding, these two lawsuits are separate and distinct from each other, as Chief Judge Howell’s ruling makes clear,” he added. (Continued Below)

I applaud Chief Judge Howell’s decision today. Democrats’ pending cases involve distinct issues of law and fact and should not be combined. https://t.co/RIbTB4eeFc

Further, President Trump’s attorney, Rudy Giuliani, also called-out Congressional Democrats this week for their continued efforts to “impeach” President Trump; telling far-left lawmakers to “get over it” and move on.

“I’ve never had a client that’s been cleared three times. Once is usually enough, twice is ridiculous, three times?! He didn’t collude with the Russians, he didn’t obstruct justice. Get over it,” said Giuliani.

Jason Chaffetz and Rudy Giuliani respond. Fast forward to 2:11 in the video:

(Related: Rep. Collins Blasts Nadler’s ‘Impeachment Inquiry’ Rhetoric: ‘He Has A Primary That Is Affecting Him’)