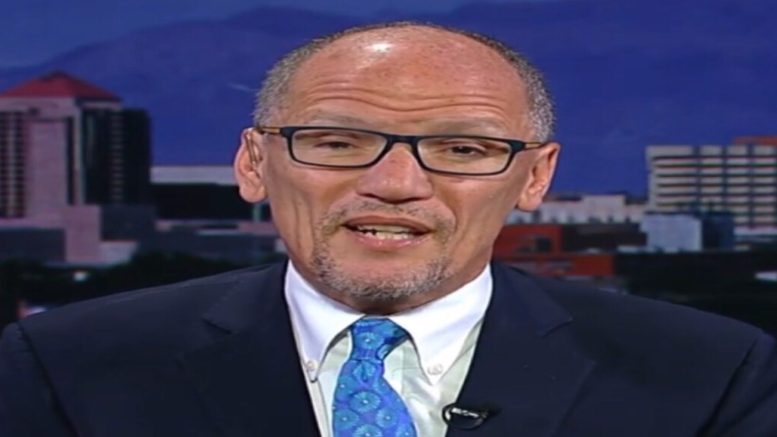 This comes as Democrats struggle to keep up with Republicans in fundraising.

The DNC under Perez’s watch has lagged far behind Republicans in terms of fundraising. The DNC took in $8.5 million in contributions in June, while the Republican National Committee reported $20.7 million, as reported by the Daily Caller.

Perez will participate in three events in the Mexican capital on Sept. 28, according to invitations obtained by Bloomberg News reported. The events range from happy hour drinks with a $25 minimum student entry to a dinner where tickets range from $1,000 to $15,000.

DNC spokeswoman Xochitl Hinojosa’s confirmed to Bloomberg that the events would be taking place.

The DNC will require attendees to provide information showing that they are American citizens or permanent residents, in order to comply with federal campaign finance laws. About 1.5 American citizens live in Mexico, Bloomberg reported, citing State Department data. (Continued Below)

Last weekend, Miami Dolphins owner Stephen Ross held a fundraiser event for President Trump at his residence in the Hamptons, despite intense backlash he faced over his efforts.

It was another big win for the Trump campaign, as they shattered the initial projection of $10 million that was expected to be raised, according to GOP Chairwoman Ronna McDaniel.

After the event, McDaniel took to Twitter and revealed that President Trump walked away with $12 million in campaign donations, $2 million higher than projected. (Continued Below)

“Thanks to the unhinged mob on the left, President Trump raised $12M today, $2M more than originally expected,” McDaniel said. The support for our President is unprecedented and growing!”

Thanks to the unhinged mob on the left, @realDonaldTrump raised $12M today, $2M more than originally expected.

The support for our President is unprecedented and growing!