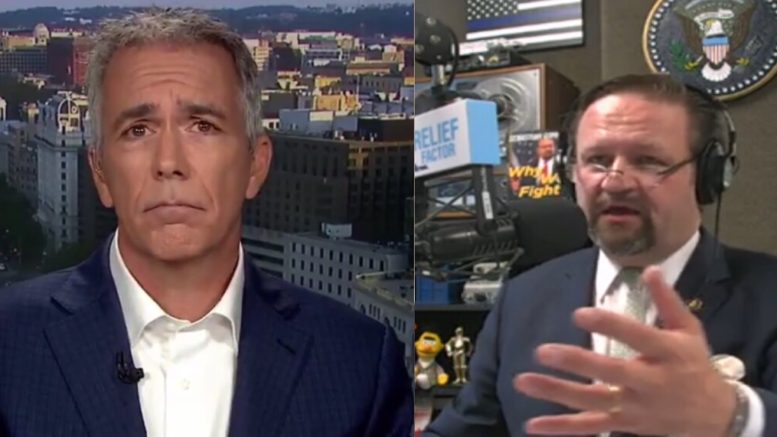 Walsh said Trump is a “horrible human being and a bad guy,” adding that somebody has to run against the President soon.”

Asked on CNN if he was going to challenge President Trump, Joe Walsh said on Thursday, “Before I answer your question, can I just get this out? I think we over analyze Trump. He’s not complicated. He’s a horrible human being. He’s a bad, bad guy. And every single day, every single day, you, I, and everybody watching us right now is reminded of how damn unfit he is.”

“And that no Republican has stepped up to call him out on his unfitness– the Republican party will always, always regret that. That they did not call this man out. Somebody has to,” Walsh said.

He added, “I’m strongly, strongly considering it. I’m not trying to be cute or coy. I told you before if somebody [is] going to get in there and go after him, it’s gotta be done soon. You’re running outta time. But more importantly, these are not conventional times. Look at the guy in the White House. These are urgent times, somebody needs to make that case. I have yet to hear any potential Republican make that case.”

Walsh went on to claim, “I think a good challenger could win. Again, only if they make the moral case. This guy’s unfit. He lies every time he opens his mouth. If you’re not gonna say that, then don’t even challenge someone.” (Continued Below)

Asked if it was worth running even if he couldn’t beat President Trump, Walsh responded, “Yes, because this is a scary time. If Republicans stay silent in the face of this guy, I don’t think the country will ever forgive the Republican party. Forget about the Republican party. If this guy gets four more years we’re in real, real trouble. It’s worth doing anything you can do to try to stop that.”

Gorka added, “Good Luck Joe defeating the man who beat Hillary. The FIRST time he ran for President. You are the Joke. (Video Below)

Walsh further claimed, “If this guy gets four more years we’re in real, real trouble. It’s worth doing anything you can do to try to stop that.” [Emphasized.]

Former GOP Rep. Joe Walsh on President Trump: " If this guy gets four more years we're in real, real trouble. It's worth doing anything you can do to try to stop that." https://t.co/46KIojwWCq pic.twitter.com/j74Jcvt8JU

Good Luck Joe defeating the man who beat Hillary. The FIRST time he ran for President.

You are the Joke. https://t.co/NaGhBbfB0E

Terrence Williams also hit back at Walsh and said that Walsh is a “deadbeat daddy that owed over 100k in child support.”

I left out Walsh was named the Most Corrupt Member of Congress!