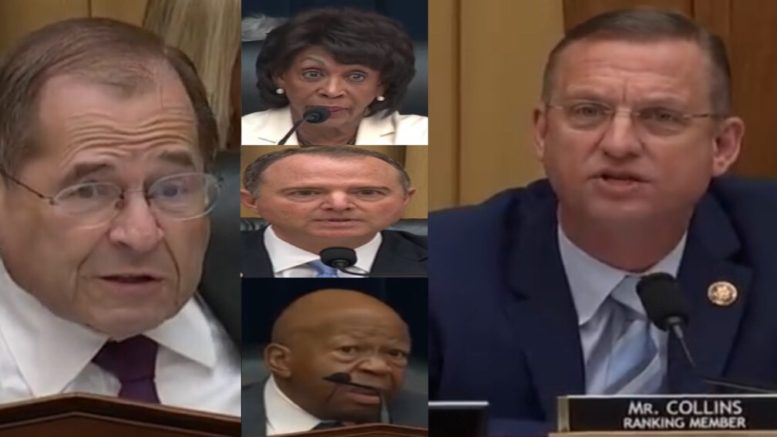 Jerry Nadler wrote in his letter that committees provide any information, documents, testimony, transcripts or depositions relevant to the “impeachment investigation.” The letter also says that the House Judiciary panel is considering whether impeachment is warranted.

Nadler’s letter comes one day after President Donald Trump’s attorneys said the Intelligence and Financial Services committees cannot use the possibility of impeachment to get access to Trump’s financial information, held by Deutsche Bank and Capital One, according to Politico.

But the letter indicates all information obtained by committees investigating Trump may be relevant to the probe. “In fact, the House Committee on the Judiciary is investigating whether to recommend articles of impeachment against President Trump,” Nadler wrote in the letter. (Continued Below)

Last week, Ranking Member of the Judiciary Committee, Doug Collins (R-GA), told Fox News host Neil Cavuto, that Nadler wants to have it both ways, and he clarified: “We’ve become a committee of press releases. We just want to have a Twitter moment or press release moment, when which we’re doing nothing. And what he’s wanting to say here for ‘impeachment’ is ‘[to] his hardcore base– he has a primary, by the way, that is I think, is affecting him here. And he’s wanting to say, ‘look, I’m being tough on the President, and we’re doing impeachment.’” [Emphasized]

A D.C. federal judge last Wednesday shot down an attempt by House Judiciary Committee Democrats to link their subpoena for former White House counsel Don McGahn to a separate request for secret grand jury information from the Russia investigation after the Justice Department accused them of trying to “game the system”.

“As I have been saying for months, Democrats have not begun an impeachment inquiry against the president. Until the full House votes to authorize such an inquiry, that status will not — indeed, cannot — change. The chairman’s public statements notwithstanding, these two lawsuits are separate and distinct from each other, as Chief Judge Howell’s ruling makes clear,” Collins said in a statement. (Continued Below) 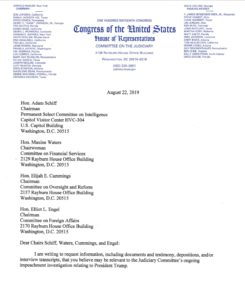 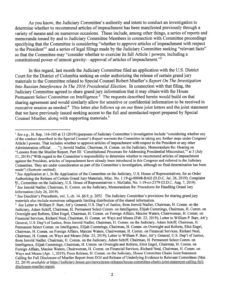 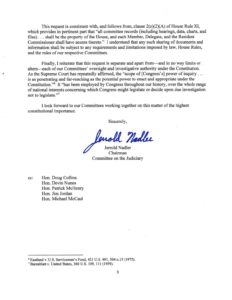 August: Nadler begs other chairmen for help gathering any evidence of impeachable conduct.

All year, @RepJerryNadler has dithered and obfuscated on impeaching Trump (see video below).

Mysteriously, once @LindseyBoylan gets traction in the #NY10 primary, he claims to be impeaching Trump.

We leave you with Nadler caught on camera getting called a ‘Loser’ while addressing the press on Mueller’s findings in March:

EPIC! Nadler taking questions from the press gets called out and told what Americans really think of his grandstanding efforts led by him and his gang of obstructionists. “Nadler, you guys are a bunch of losers!” pic.twitter.com/3Hl6HjgHhM

(Related: Bartiromo Pieces Together How Brennan Was The ‘Mastermind’ Behind The Russia Probe: ‘At The Time, He Was Running The CIA’)