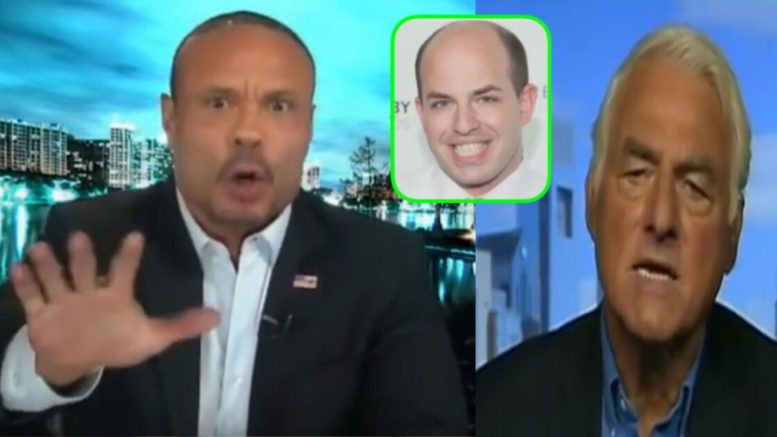 Bongino ripped Stelter coining him “Captain Unreliable Sources” after he allowed the psychiatrist to compare President Trump to infamous dictators.

“Well, I think ‘medicalizing’ politics has three very dire consequences. The first is that it stigmatizes the mentally ill. I’ve known thousands of patients, almost all of them have been well-behaved, well-mannered good people. Trump is none of these. Lumping that is a terrible insult to the mentally ill, and they have enough problems and stigma as it is,” Allen Frances said.

“The second issue is that calling Trump crazy hides the fact that we’re crazy for having elected him and even crazier for allowing his crazy policies to persist,” Frances claimed. “Trump is as destructive a person in this century as Hitler, Stalin, Mao in the last century. He may be responsible for many more million deaths than they were.” [Emphasized]

Kilmeade asked Bongino, “Is that unbelievable? Stelter sat there, did nothing to interrupt Frances’s bizarre rant. He later said he failed to do so because of technical difficulties. Hey Dan, sometimes there are technical difficulties and you missed it but that was a long rant. How do you not qualify that, pushback on that?”

“Brian, listen, man, you’ve been doing this a long time. You don’t really believe that, right? Just to be clear. That was not a technical difficulty. [Do] you know how I know it? I haven’t been doing this as long as you, but it’s been eight years I’ve been doing media. Here’s how you know. Go to — what this show called, ‘Unreliable Sources?’ Go to their Twitter feed,” Bongino urged.

“So, if you were having a technical difficulty and this was such an embarrassment for your show, which it was, this abhorrent statement this guy made, which was really horrible, you wouldn’t think he would go out and promote it yet. And watch Stelter’s response. Again, this guy is the most unreliable source on TV. Watch what he does. He nods his head; he goes hmm. This is total nonsense. Besides, Brian, again as you know, there are producers in your ear, somebody could be talking right now, they’re not,” Bongino said.

“When something like that happens they can get in your ear and say, “Hey listen, you may want to cut this short.” Nobody did that. So, if he was having technical problems, somebody heard him because he was still on the air. Why was nobody stopping him short? The reason is: Stelter’s lying!” he declared.

“And one more thing about Stelter, ‘Captain Unreliable Sources,’ this is the same guy who’s been calling out this network and other places. He called out Mark Levin for being a conspiracy theorist for saying that there was a FISA warrant on Trump. He never apologized for that, Stelter either. This guy is the lead conspiracy theorist out there and I’m getting tired of this guy,” Bongino pointed out. (Video Below)

(Related: Bongino Slams The Obamas As They Reportedly Plan To Buy A $15M Estate: ‘Liberals Are Frauds’)