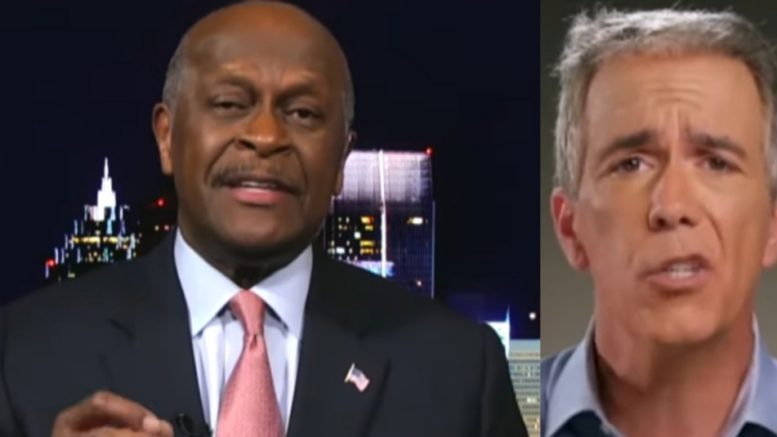 While joining Laura Ingraham on Tuesday, Herman Cain weighed in on former Congressman Joe Walsh’s decision to challenge President Trump for the Republican nomination in the 2020 election.

Walsh, who is trying to appeal to Never-Trumpers, announced his bid for President on Sunday as he declared that “it’s time to be brave.”

Walsh claims to be a Republican, but is welcomed on liberal cable networks, such as CNN, with open arms to bash the President.

As Herman Cain put it, the liberal media will “glam onto anybody that’s willing to cast dispersions on Donald Trump.”

He added, “I will sum up this Joe Walsh — not the one from The Eagles — the one who wants to challenge Donald Trump with one word: Publicity.”

“The Squad, AOC and all of these other, I’m sorry, lunatics — the more outrageous things that they say, the more likely they are to be on TV,” Cain declared. Video Below

“So, when Joe Walsh comes along, and he’s gonna challenge Trump, the liberals are going ‘Yay! We got somebody else we can put in front of the camera,'” Cain continued.

“It’s for publicity, his own self-publicity because he has seen this work for The Squad, AOC and others,” he proclaimed. Video Below