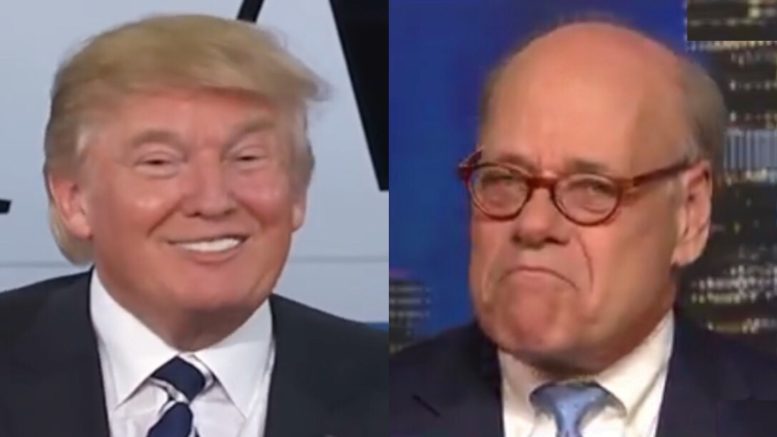 Asked what is the vote and why does it matter, Cohen said, “It matters [be]cause it formally sets up a House Judiciary inquiry into the impeachment of Donald J. Trump. And it sets out the same parameters that were existent under the Republican team that had the Clinton impeachment and the Democratic team when the Nixon impeachment came up. Same rules.”

Cuomo responded with two reasons not to move forward with impeachment: “First is, Nancy Pelosi doesn’t seem happy about it. She says, ‘Investigating is enough’. The people have not said overwhelmingly that that is what they want, and she seems to have a sensitivity about whether or not works for you guys going into the election.”

Cuomo explained that the Mueller report essentially was a dud and suggested that it’s not the same as the Nixon administration and the proceedings. He asserted that by formalizing and centralizing impeachment in the Judiciary Committee, the other committees looking into all the different roots surrounding the White House would have to stop. “Are you winding up centralizing it and therefore stopping efficiency?” he asked. (Continued Below)

“I don’t know if that is necessarily true and I don’t think they have to stop. I don’t think that we can’t incorporate their hearings into an impeachment report. I think the Judiciary Committee could do that,” Cohen claimed. “But the bottom line is there is a cornucopia of instances of corruption and violations of the Constitution.”

“We have a President who shreds the Constitution, has no rule, has no law, no amendment that Moses passed down… nothing that will stop him from doing whatever he wants,” Cohen alleged.

Cuomo jumped in, however, and pointed out, “No crimes, not an agent of Russia, says Mr. Mueller, who everybody was supposed to respect.” [Emphasized] (Continued Below)

Cohen backtracked and said President Trump was not a “direct agent” but insisted that he had “over 150 contacts” with his campaign with Russians. “They welcomed the interference. Trump even went on television… ‘Russia if you’re listening’. There was a reason he said that be[cause] he knew they were listening. They had people who had contact, [in] different places. We’ll find out. What’s in the grand jury testimony that was redacted by [Attorney General] Barr? Trump’s Roy Cohn. Maybe the smoking gun or the arsenal or the Garrison that breaks this thing free,” he said.

“There’s a reason Barr redacted certain testimony, some of it I think to protect Trump’s sons, Cohen claimed. “Others we don’t know, but he took it upon himself to redact testimony.”

Cuomo pointed out that grand jury information is very sensitive and noted that former Attorney General Eric Holder didn’t turn certain things over either. “It’s not unheard of for an AG to not want to give Congress things,” he said.

“The more you guys go down the road of impeachment, forget about the fact that it’s never gonna happen in the Senate, it’s almost impossible that anything really happens. I know Nancy Pelosi says that you’re legislating, you’re getting things done. But you won’t get anything done with the Senate if this is happening, or maybe not at all. At this point, do you believe there’s any chance that any meaningful legislation happens in this session that started today?” Cuomo asked of Cohen.

Cohen deflected and instead, blamed Sen. Mitch McConnell. “As long as [he] is the leader of the Senate… Mitch McConnell has said he’s the grim reaper. He said that’s the graveyard. McConnell wants nothing to happen. He is an aider and embedder of Trump. And someday down the line, there’s gonna be a reckoning and people will see that this was not only the worst President in the United States but one of the worst human beings to ever grace this earth,” the TN Congressman claimed. [Ephasized]. (Continued Below)

Cuomo heard Cohen’s criticism of the President and noted that after what the congressman said that there will be zero chance he will be working with him. “You just broke one of the main rules. You take a shot at this President, there will be no swallowing of any type of bile. He’s gonna come at you. So Democrats basically have zero interest in working with this President?” he asked.

Cohen claimed, “There’s no way to work with him, he hasn’t worked with us on anything. He lies constantly. His word is zero. I didn’t go to his inauguration. I didn’t go to his State of the Union. The man is despicable. And there’s no way you can negotiate… with a person who lies and has no credibility. People don’t have respect for Trump. They can’t understand how we elected such an unusual character as our President.”

Asked what is the point of having a session and if it’s just about impeachment because Pelosi said she’s legislating. “How is she going to legislate if you guys won’t work with President?” Cuomo asked.

“We’ve passed ethic reform bills to clean up the swamp. The swamp is him, not us. [This President] you cannot find common ground with,” Cohen said. “There’s no common ground with this man. He comes first in everything, not the country. You can’t work with the man.” (Video Below)

“Here’s the thing, Congressman, I hear your criticisms, however, if you do not win control of the Senate, if you do not win in this next election, you guys are gonna have some burden on your hands, because you’re gonna have to figure out somehow to justifying being in office if your goal is to get something done. But I hear what you’re saying, I understand your argument,” Cuomo concluded.