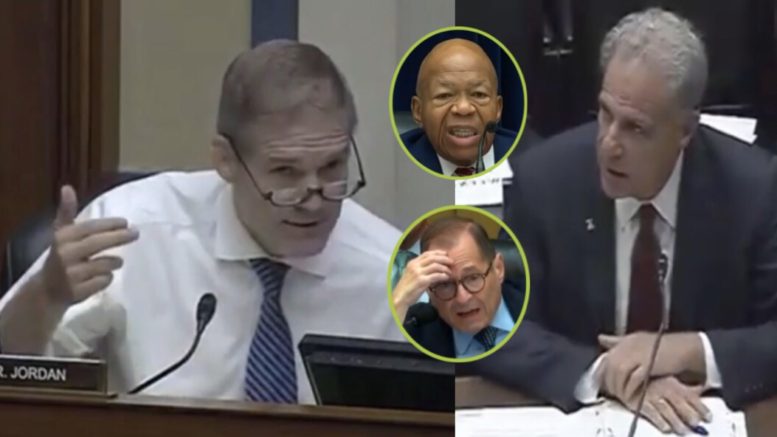 Within the last couple of weeks of Congress returning from their August recess, Rep. Jim Jordan (R-OH) has pressed Judiciary Chairman Jerry Nadler (D-NY) over when he is going to schedule a hearing for Inspector General Michael Horowitz after the release of his scathing report pertaining to former FBI Director James Comey.

Asked at least three times publicly by Jordan, Nadler has refused to acknowledge Jordan and other Republican requests on the matter of questioning the IG, and seemingly, Nadler has not even thought about the Comey report.

The first week Congress returned from their recess, Democrats’ first order of business was to begin taking steps to impeach the President and take our guns away, according to Rep. Jim Jordan. However, Jordan has remained adamant to question the Inspector General.

Last week, the House Judiciary Committee met to consider gun violence prevention bills and other legislation, but Jordan irritated Nadler when he asked, “When will the committee get a chance to question Mr. Horowitz on this report that was released two weeks ago?”

“I’m not sure which report you’re referring to,” Nadler responded. “The answer is I don’t know.”

“Do you anticipate us having an opportunity to question the Inspector General,” Jordan asked again, but Nadler repeatedly answered, “I don’t know, we haven’t discussed that.” (Continued Below)

On Tuesday, however, Rep. Jordan had the opportunity to directly ask the Inspector General, during a House Oversight Government Operations subcommittee, if committee chairmen have even bothered to schedule a hearing, pertaining to his report about James Comey.

“Have you been asked to testify by Chairman Cummings or Chairman Nadler about the Comey IG report you released two weeks ago,” Jordan asked Horowitz, to which the Inspector General responded, “No, I have not.”

Asked if he has been approached at all by the respected committees, Horowitz said, “Personally I have not. I can check with anybody else in my organization, but I’m not aware of any.” (Continued Below)

“Have they even asked you about it?” Jordan inquired.

“That hearing? I don’t think there have been discussions,” Horowitz revealed referring to the Comey report.

Jordan next asked Horowitz if he has had any discussions with the Chairmen about scheduling a hearing pertaining to the upcoming FISA report release. The Inspector General said, “We haven’t had, to my knowledge discussions about testimony or a hearing.”

The Ohio Congressman noted that in his IG Comey report, Horowitz interviewed over 100 witnesses, and his team looked over 1 million records, adding that the IG spent a lot of time of the report. “You would anticipate testifying in front of both the House Oversight Committee, which has jurisdiction over the Inspector General and the House Judiciary Committee?” Jordan asked. (Video Below)

“Any of my reports, I always am available and willing to testify,” Horowitz said.

In April, Reps. Jordan and Meadows sent a letter to urging Chairman Elijah Cummings (D-MD) to call for Horowitz to testify upon completion of his probe[s].