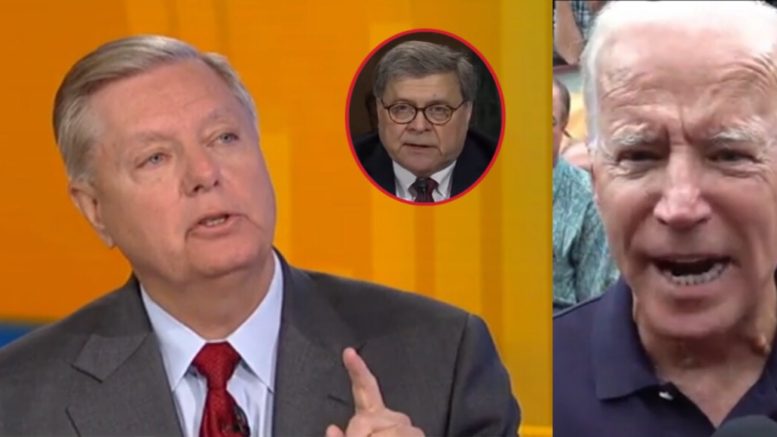 Graham’s call for an investigation comes after reports of President Donald Trump’s calls with Ukrainian President Volodymyr Zelensky urged Zelenski to work with Rudy Giuliani to investigate Biden over widely discredited allegations of impropriety, the Wall Street Journal reported. Giuliani has suggested that the vice president used his power to shied a Ukrainian gas company from an investigation. Biden’s son, Hunter, is on the gas company’s board of directors, as reported by Town Hall.

“You made some breaking news a minute ago,” Bartiromo said. “You are calling for a probe, by the DOJ, into all things Ukraine.”

“Yeah, I want the Department of Justice to appoint somebody to look at the role Ukraine played, if any, in the 2016 elections,” Graham responded.

“There are a lot of allegations out there how the Ukraine fed information, maybe to the Democrats, the Department of Justice against Trump campaign managers and others. And I think it’s fair after what the Trumps have gone through regarding Russia, that somebody look at the connection of the Bidens while the vice president was a sitting vice president, the Biden connection to the Ukraine through its son,” he explained.

“Now you can’t have it one way and look at one family and not the other. And I don’t trust the media to do this, and I’m hoping somebody– that the Department of Justice will appoint an investigator to look at all things Ukraine, like we looked at all things Russia,” Graham added. (Video Below)

Sen. Lindsey Graham’s remarks about Ukraine start at 3:50 into the video: