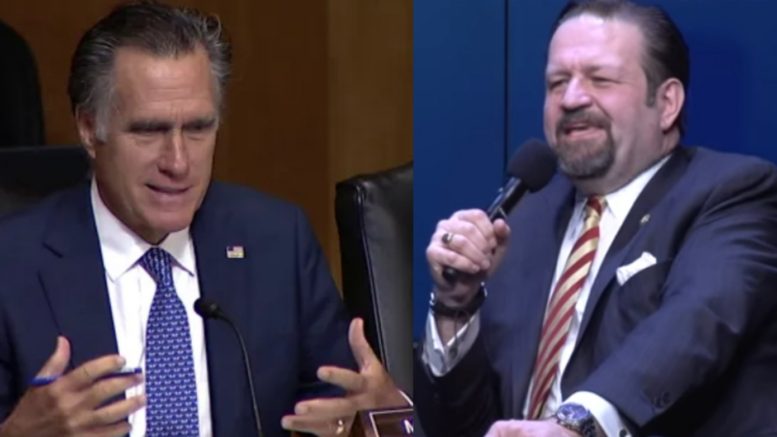 Romney considered it “troubling in the extreme” if initial reports pan out to be correct that President Trump pressured Ukraine’s President Zelenskiy to investigate actions taken by Joe Biden when he was Vice President.

As more information comes to light regarding the alleged phone conversation with President Trump and Zelenskiy, the mainstream media has been forced to focus on a suspicious matter involving Biden that, if proven to be true, could put a major dent in Biden’s campaign.

It’s suspected that while Vice President, Joe Biden refused to give Ukraine one billion dollars in aid unless they fired a prosecutor who was in the middle of investigating Joe Biden’s son Hunter over suspicious business dealings. Biden was even caught on camera bragging about the incident in question, which can be seen at the bottom of this article.

Early on Sunday, Ukrainian leadership denied details of initial reports on the “phone call” between Trump and Zelenskiy, but that didn’t stop Senator Romney from weighing in negatively on the matter.

Mitt said, “If the President asked or pressured Ukraine’s president to investigate his political rival, either directly or through his personal attorney, it would be troubling in the extreme. Critical for the facts to come out.” See Below

“Put a sock in it Mittens, Gorka said. “No one cares what you think.”

“We know you’re still sore that @realDonaldTrump didn’t want you for Secretary of State,” he ended with the hashtag #LoserRINOboy. Video Below

Put a sock in it Mittens.

No one cares what you think.

We know you’re still sore that @realDonaldTrump didn’t want you for Secretary of State.

Romney’s tweet caught the attention of anti-Trump Congressman Eric Swalwell, who called on Romney to “find friends” to co-sign on legislation that would release whistleblower “facts.”

You can read more about that by CLICKING HERE.

In ending, here is video of Biden bragging about holding $1B ransom from Ukraine unless they fired a prosecutor:

Why haven’t @kaitlancollins & @JDiamond1 covered Biden’s threats to pull $1 billion in loan guarantees from Ukraine if they didn’t fire a prosecutor who was running a corruption investigation into a company that employed Hunter Biden? @mdornic @CNNPR
pic.twitter.com/omXql9RcLM