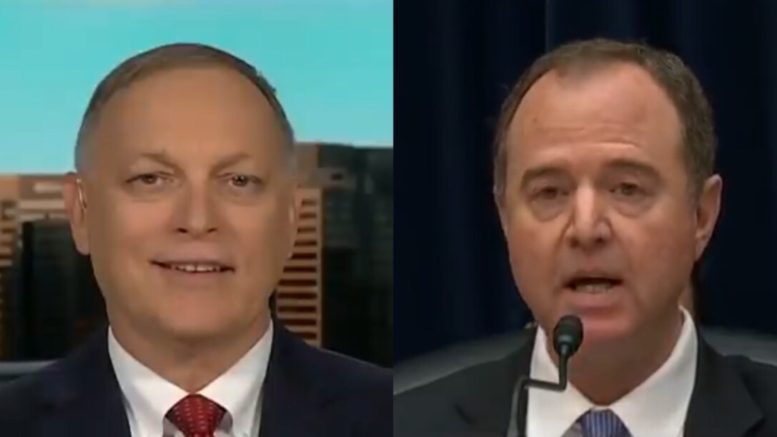 Acting Director of National Intelligence Joseph Maguire, testified before the committee, and during Schiff’s opening statement, he fabricated the conversation between the President’s, to smear the Commander in Chief before the county, only later to backtrack and claim it was “parody.”

“During [Thursday’s] hearing, Chairman Schiff’s opening statement included a blatantly false retelling of President Trump’s conversation with the Ukrainian president. Democrats previously initiated an impeachment inquiry, which leads to one of the most serious, constitutional duties of Members of Congress: removal of the President of the United States. Through this process, if the President has committed high crimes or misdemeanors, Congress may overturn the election of the President and the will of the American people. It is therefore inexcusable to toy with the process and mislead the American public with such a statement.”

On Saturday, Biggs spoke with Fox News where he publicly specified as to why he introduced the motion.

“Normally I would say, ‘Let’s just debate this stuff out.’ We see say things all the time that the other side disagrees with, I’m all for that. But in this particular instance, what the Chairman did is he actually concocted a completely false narrative– threw it out there and basically misled the entire Republic about this transcript,” Biggs explained. (Continued Below)

“It wasn’t until he was pressed later on that he said, ‘Oh, I meant it as parody.’ Well, you know what? Nancy Pelosi just said an ‘impeachment inquiry is as serious almost as a declaration of war,'” the Arizona Congressman said.

“And if this guy’s up there throwing up a comedic statement, trying to make it portray it to the world that’s it’s an accurate statement, that is censurable in my opinion,” he added. (Video Below)