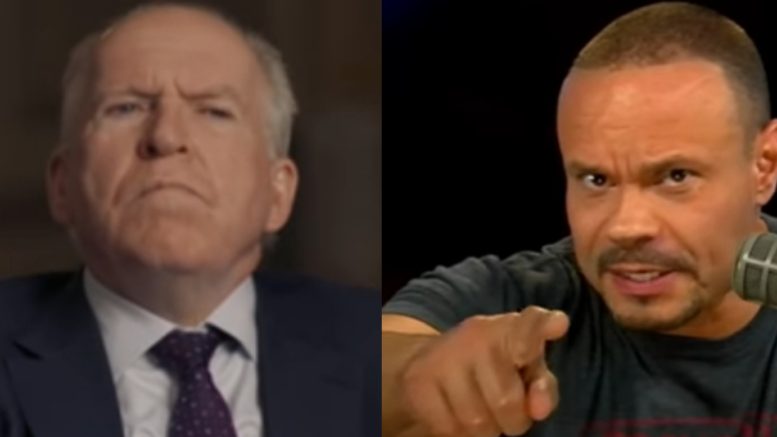 And he is now urging more whistleblowers to come forward, as he stated in a tweet that there is “no limit” on the number of people who can use the “whistleblower statute.”

Brennan’s remarks come after he spoke out in favor of impeaching and even convicting President Trump on Thursday, in wake of Nancy Pelosi’s announcement that a formal impeachment inquiry has begun.

“Impeachment hearings are essential to determine whether Donald Trump, as alleged, engaged in extortion of a foreign government for personal political gain,” Brennan said on Thursday. “If the allegations are true, Trump should be impeached, convicted by the Senate, & charged with a federal crime.”

On Friday, Brennan hat-tipped efforts by the whistleblower when he said, “Whistleblower deserves our praise & gratitude,” Brenna said in a tweet on Friday. “Donald Trump getting very sloppy & careless in corrupt practices & cover up attempts.”

“Democrats & Republicans (those who have a conscience) need to work together to prevent desperate moves by Trump that could wreak further havoc,” he added. See Below

Brennan then turned his focus on the prospects that there could be more people in the intel community with information that could be used against President Trump and pushed them to come forward.

“A reminder to federal officials: There is no limit on the number of individuals who can use the whistleblower statute, Brennan said on Saturday. “If you think you were involved in unlawful activity as a result of a directive from Mr. Trump or someone doing his bidding, now is the time to report it.”

Upon reading Brennan’s tweet, Dan Bongino made the former CIA Director’s demand backfire by shrewdly turning the tables, as he called on those who have dirt on Brennan to step forward. See Below

“This guy weaponized his position as head of the CIA to violate the civil rights of multiple Americans associated with Donald Trump,” Bongino said.

He then added, “Anyone who has information on his grotesque corruption should immediately seek whistleblower protection.”

This guy weaponized his position as head of the CIA to violate the civil rights of multiple Americans associated with Donald Trump. Anyone who has information on his grotesque corruption should immediately seek whistleblower protection. 👇🏻👇🏻 https://t.co/DovxswVaL9

Brennan has shown hatred and bias towards President Trump since Hillary Clinton was defeated in 2016, and it’s been suspected that he was involved in the alleged “silent coup” attempt against Trump. So it’s no surprise he would make such statements in opposition to President Trump

Related Article: Rush Unloads On The ‘Silent Coup’ Against Trump: ‘These Guys Oughta Be The Ones In Jail’