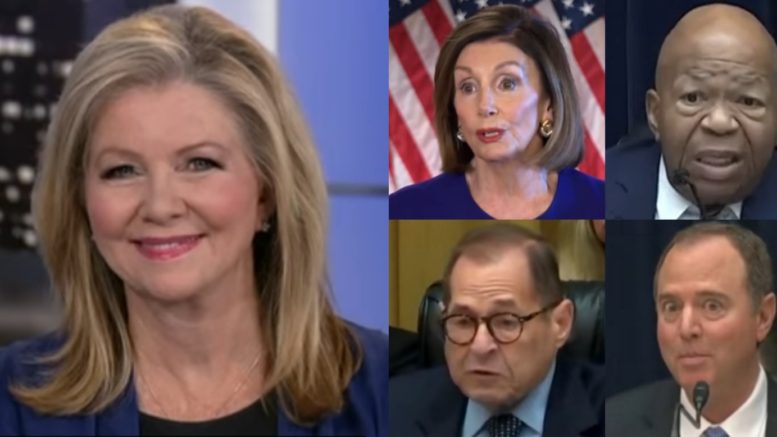 Senator Marsha Blackburn (R-TN) is not at all convinced that Democrats have a case to impeach President Trump in relation to the alleged whistleblower story.

And she is more than prepared to vote against convicting the President based on what is known, if there is a trial on the Senate.

While speaking to Steve Hilton of Fox News, Senator Blackburn said she thinks House Democrats will take up impeachment over the whistleblower story because this is their “Mueller do-over” as this has been a “three-year process for them.”

Related Article: Graham: ‘I Have Zero Problems With This Phone Call, But I Do Have A Problem With Nancy Pelosi’

“What we do know is a call took place on July 25th. We do know that there is no evidence of a quid pro quo that is in that call,” Blackburn claimed.

“And we do know that the rules have been changed by the CIA on how a whistleblower complaint can be filed — that over the past year, it was changed so that you would have the ability to file a complaint without first-hand knowledge,” she added. Video Below

Sen. Blackburn went on to say that it’s also well-known that the President has been very transparent bringing forth the truth of what was discussed in the phone call in question “cause he was confident he was right.”

“They try to say, ‘Oh there’s a cover-up.’ There’s not a cover-up when release the transcript that is at the heart of this,” she declared. “But they are not going to give up going after Donald Trump because he is the one breaking apart their version of official Washington.”

“And he said he was going to drain the swamp. He is draining the swamp,” Marsha continued. “He said he was going to move power back to the people. He is moving that power back to the people. And we know from the transcript — from that July 25th phone call, that there is no evidence of a quid pro quo. And we know that they have been at this for three years.” Video Below

In ending, here is a thread of tweets from Marsha’s fellow Republican colleague Senator Lindsey Graham spouting off new questions he has about the whistleblower’s complaint:

It’s imperative we find out which officials supplied the whistle blower with information to file a complaint.

Who are they? What was their agenda?