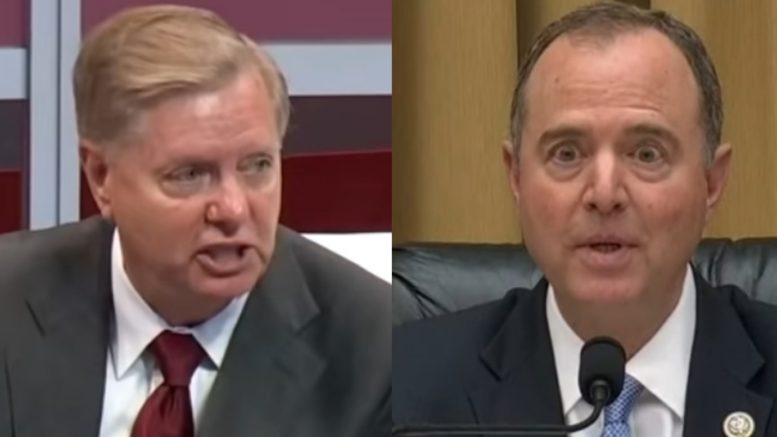 During Wednesday’s press conference, President Trump made the allegation after being asked what he thought about a recent New York Times article that reported Schiff got an account from the whistleblower before their complaint was filed.

“It shows that Schiff is a fraud. … I think it’s a scandal that he knew before,” Trump said at his news conference. “I’d go a step further. I’d say he probably helped write it. … That’s a big story. He knew long before, and he helped write it too. It’s a scam.”

As other Republicans have speculated that more Democrats other than Schiff knew of the whistleblower’s account in the early stages, it’s quite possible that they did have a role in how the formal complaint was worded.

Senator Graham issued a statement on Thursday in regards to the prospects that Democrats helped “prepare” the whistleblower’s complaint. See Below

“It’s not right Democrats in the House helped the whistleblower prepare their complaint,” Graham said.

“Also, House Republicans should have the ability to find out ALL THOSE involved in providing information to the whistleblower,” he continued. “The whistleblower must disclose individual(s) they received information from so their biases — if any — will be disclosed.”

“Who were these people? What were they up to?” Graham asked. “Only by full disclosure can President @realDonaldTrump adequately defend against these accusations.” See Below

It’s not right Democrats in the House helped the whistleblower prepare their complaint. https://t.co/LpE7y2bVFb

Who were these people?

What were they up to?

Only by full disclosure can President @realDonaldTrump adequately defend against these accusations.

In ending, here is video of Devin Nunes discussing the extent of Schiff’s involvement with the whistleblower.