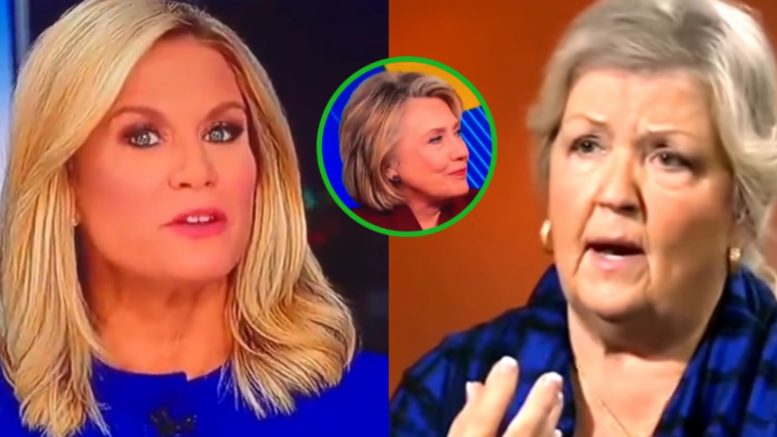 Hillary, who has been promoting her co-authored book with her daughter Chelsea titled “The Book Of Gutsy Women”, raised eyebrows when she revealed the “gutsiest thing” she has ever done.

Related Article: Hillary Clinton Explains What It Takes To Be A ‘Gutsy’ Woman, Juanita Broaddrick Reacts: ‘Give Me A Damn Break, Hilly’

“The gutsiest thing I’ve ever done, well personally, make the decision to stay in my marriage,” Hillary said, which left Chelsea speechless.

Martha MacCallum reacted to the clip by saying, “I think that was the most real moments that I’ve maybe ever seen out of Hillary Clinton. That was very, very interesting.”

Juanita Broaddrick lashed out at MacCallum after seeing what she said in regards to Hillary. See Below

Broaddrick tweeted a video of Hillary making her remarks followed by Martha’s reaction and said, “If you, @marthamaccallum are gullible enough to fall for that, you will never be able to comprehend how truly evil Hillary Clinton is. This is the same Hillary who threatened me after her husband raped me.”

“Her answer was calculated and demeaning to every woman Her husband sexually assaulted and raped,” she declared. “It was not Gutsy. It was cowardly. Gutsy would have been to have the strength to walk away from a serial sexual predator.”Video Below

2. Every woman Her husband sexually assaulted and raped. It was not Gutsy. It was cowardly. Gutsy would have been to have the strength to walk away from a serial sexual predator.