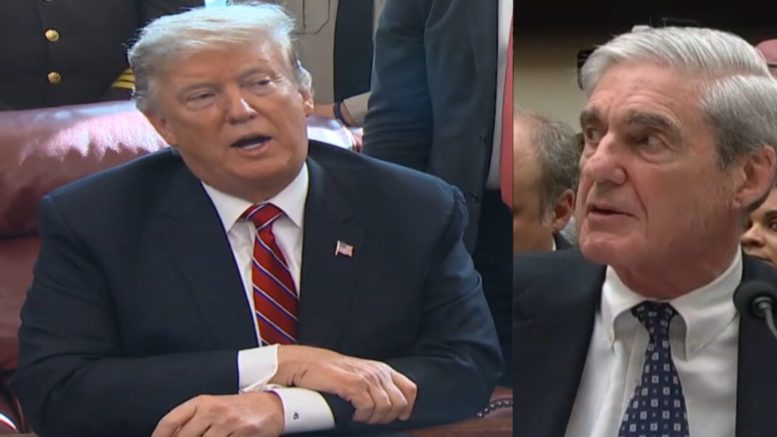 According to Fox News, when Robert Mueller met with President Trump in May of 2017, Mueller was in fact, pursuing the open position as Director of the FBI, after James Comey was fired.

While testifying over the summer about his report, former special counsel Mueller, however, denied the claim, under oath, during congressional testimony.

Emails released this month through a Freedom of Information Act request by Judicial Watch indicate that Mueller knew there was a real possibility he could be named special counsel if he wasn’t chosen as the next FBI director.

“The boss and his staff do not know about our discussions,” then-Deputy Attorney General Rod Rosenstein said in an email to Mueller on May 12, 2017. Rosenstein’s boss was then-Attorney General Jeff Sessions, who had recused himself from the Russia probe, meaning the President would not have known either. The documents from Judicial Watch also include “off the record” emails with major media outlets around the date of Mueller’s appointment.

At the time of the now-famous May 16, 2017 meeting, James Comey had been fired as FBI director just days before and — unbeknownst to the president — Mueller would end up being named special counsel the very next day to oversee the Trump-Russia probe, reported Fox News.

Mueller, in his July Congressional testimony, denied the claim, saying he believed he was giving “input” to the president about the position. “My understanding was I was not applying for the job,” Mueller said on July 24. “I was asked to give my input on what it would take to do the job.” (Continued Below)

The President said in July that there were “numerous witnesses” at the meeting.

“It has been reported that Robert Mueller is saying that he did not apply and interview for the job of FBI Director (and get turned down) the day before he was wrongfully appointed Special Counsel,” the President wrote.

“Hope he doesn’t say that under oath in that we have numerous witnesses to the interview, including the Vice President of the United States!” he added. (Video Below)

….interview, including the Vice President of the United States!