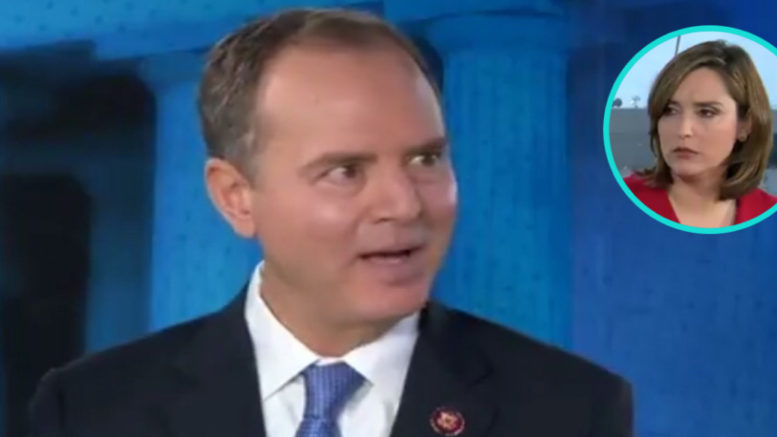 Schiff suggested during the interview that the whistleblower testimony “might not be necessary” in the impeachment probe. According to CBS, lawmakers had discussed taking great lengths to protect the whistleblower’s identity during possible testimony, including obscuring the person’s voice and appearance and conducting the interview somewhere other than Capitol Hill.

Asked if the committee can do it’s own investigation without risking the identity of the person being exposed, because the information is already out, Rep. Schiff replied, “We can. I think initially before the President started threatening the whistleblower, threatening others, calling them traitors and spys and suggesting that we use to give the death penalty to traitors and spys, and maybe we should think about that again– yes, we were interested in the whistleblower coming forward.”

When asked by the CBS host, “Not anymore?” Schiff responded, “Our primary interest right now is making sure that that person is protected.”

“Given that we already have the call record, we don’t need the whistleblower, who wasn’t on the call, to tell us what took place during the call,” Schiff said. “We have the best evidence of that.” [Emphasized]

He further claimed in the interview that there does not have to be a “quid pro quo” to impeach President Trump. “There doesn’t need to be a quid pro quo. But it is clear already from the text messaged that this meeting that the Ukraine President sought was being conditioned on their willingness to interfere in the U.S. to help the President.” (Videos below)

.@RepAdamSchiff says whistleblower testimony "might not be necessary" in impeachment probe pic.twitter.com/NTJpa7gxe1

We leave you Fox News’ Laura Ingraham who breaks it down more clearly for everyone to understand; a different perspective than what Adam Schiff describes. “The javelin missile program that the [Ukrainians] wanted to buy more of, had already been authorized. They merely wanted to buy more. … The javelins were a seperate conversation, that’s about buying weaponry, it’s not an aid,” Ingraham explained.

Whenever the Transcript is referenced, it should be put on screen for people to read.

Military aid was not used as a quid pro quo

The favor was to investigate 2016 election interference

Too many people are lying about what was actually said and it's shaping public opinion. pic.twitter.com/UwDeN0u3ep

(Related: Kellyanne Conway: ‘I Want Adam Schiff Under Oath Every Time He Talks From Now On’)