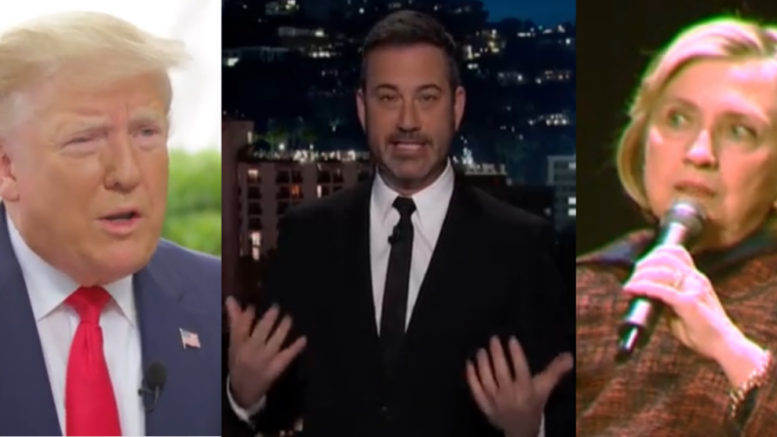 President Donald Trump sent Turkish leader Recep Tayyip Erdogan a letter last week after their October 6 call, and after the Commander in Chief announced that the U.S. would withdraw all troops from northeast Syria ahead of a Turkish military operation in the region.

The President in his letter, advised Erdogan not to be a “tough guy” or a “fool” when it comes to his country’s fragile situation at the Syrian border.

Pastor Andrew Brunson was released one year ago from Turkey, where he was held as a political prisoner for more than two years. The Trump administration helped secure Brunson’s release from captivity, as reported by Fox News.

“I have worked hard to solve some of your problems,” the President continued in his letter. “Don’t let the world down. You can make a great deal. General Mazloum is willing to negotiate with you, and he is willing to make concessions that they would never have made in the past.”

After the letter was released, host Jimmy Kimmel pointed out Wednesday night that on October 16, 1962, the Cuban missile crisis had launched, and he said that President Trump’s letter is “eerily similar” to a letter that John F. Kennedy sent to Nikita Khrushchev, who led the Soviet Union during part of the Cold War.

Kennedy wrote: “Dear Premier Khrushchev, Don’t be a d**k, ok? Get your missiles out of Cuba. Everybody will say, ‘Yay! Khrushchev! You’re the best! But if you don’t, everybody will be like ‘what an a**hole’ and call your garbage country, ‘The Soviet Bunion'”

Kimmel added, “I don’t know, maybe Trump is one of the greats!”

After Kimmel pointed out the letter in his show, twice failed candidate and former Secretary of State, Hillary Clinton, posted the letter on Twitter and wrote, “Found in the archives…”

However, Hillary didn’t find the letter in the archives, rather it seems she copied Jimmy Kimmel while trying to make fun of President Trump’s letter. The Daily Caller posted the video clip of Kimmel reading the letter John F. Kennedy wrote, and the news site then called Hillary both “cringe and unoriginal”.

EXCLUSIVE: I have obtained a copy of ⁦@realDonaldTrump⁩’s letter to #Erdogan. ⁦@POTUS⁩ warns him to not “be a tough guy! Don’t be a fool!” Says he could destroy Turkey’s economy if #Syria is not resolved in a humane way. Details tonight at 8pm #TrishRegan #FoxBusiness pic.twitter.com/9BoSGlbRyt

.@HillaryClinton is both cringe and unoriginal https://t.co/UJsdRGJFva

Found in the archives… pic.twitter.com/iFFeqloYHM

We found this in the archives:

Hillary Clinton war against #Libya "it was me!" brag sheet email – before ISIS got the ruins https://t.co/FuGMXibmHZ pic.twitter.com/9TMMCufRWU