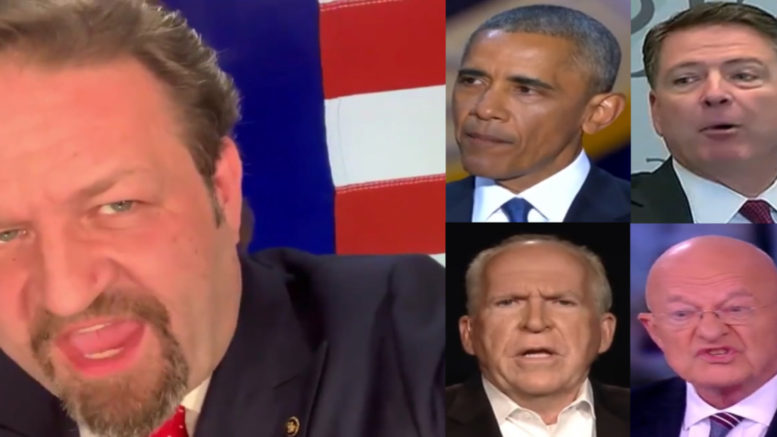 U.S. Attorney John Durham’s ongoing probe into potential FBI and Justice Department misconduct in the run-up to the 2016 election through the spring of 2017 has transitioned into a full-fledged criminal investigation, two sources familiar with the investigation, as reported by Fox News.

Further, the DOJ’s watchdog, Michael Horowitz announced on Thursday his report would be available to the public soon, with “few” redactions on alleged FBI surveillance abuses against the Trump campaign, which could shed light on why Durham’s probe has become a criminal inquiry.

Fox News reported Tuesday that John Durham’s probe had “expanded significantly” based on new evidence uncovered during a recent trip to Rome with Attorney General William Barr. With his investigation opening up to a “criminal investigation”, it now means Durham can subpoena witnesses, file charges, and impanel grand juries.

Brennan and Clapper were at the helm not only when [Joseph] Mifsud spoke to [George] Papadopoulos, but also when an unverified and largely discredited dossier, written by British ex-spy Christopher Steele and funded by the Hillary Clinton campaign and Democratic National Committee, was used to help justify a secret surveillance warrant against former Trump adviser Carter Page in the run-up to the 2016 election. The FBI apparently obscured the fact that the Clinton campaign and DNC funded the dossier in its warrant application, telling the secret court only that the dossier was prepared at the behest of an unidentified presidential campaign, Fox News wrote.

Former Deputy Assistant to President Trump, Dr. Sebastian Gorka, weighed in on the news and issued a sinister message to multiple former Obama officials in the wake of Durham’s “criminal inquiry”. (Continued Below)

Gorka posted a video on Twitter and declared, “One word: Kraken!”

“Which one of you is truly ready to go to prison for the man who told you to do it: Barack Obama?” Gorka then asked. (Video Below)

Who’s ready to go to prison for @BarackObama?

Gorka also tweeted, “Hi @JohnBrenna. Hi @Comey. Got those lawyers yet? What about you @BarackObama?”

Got those lawyers yet?

What about you @BarackObama? https://t.co/L6AwQJ3Jy9