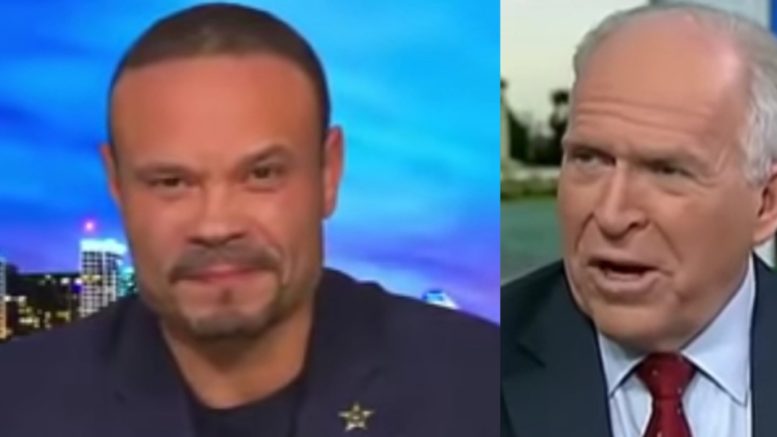 Judge Jeanine focused part of her Saturday night program bringing up the mounting trouble she believes former CIA Director John Brennan is in, especially as John Durham’s investigation has shifted to a full-blown criminal inquiry.

She played clips of remarks Brennan made on MSNBC in early October, where he admitted that he will “supposedly” be interviewed by Durham, but acted confused about why the special prosecutor would want to focus on him, and he voiced concern about the entire “predication” of the probe.

Judge Jeanine said Brennan now has every reason to be concerned as he is likely “key focus” of Durham’s investigation. She then brought on Dan Bongino to weigh in on why Brennan could be “in a world of trouble” by his own doing.

“The reason Brennan is in a world of trouble now — there’s actually a couple different reasons — but the primary reason is we already know, on the record, publicly available reporting by media types before they found out collusion was a hoax, that Brennan met as far back as 2015 with foreign intelligence officials who were passing information on Trump,” Bongino proclaimed.

“These are United Kingdom officials — that’s on the record, that’s not some kind of conspiracy, that’s been widely reported,” Bongino added.

He went on to say that the media reported foreign intelligence agencies were giving information about Trump to Brennan because “they thought it made the case (for collusion) look that much more sincere.” Video Below

“Only when the collusion thing was exposed as a hoax did Brennan have to backtrack and say, ‘Wait, now I’m colluding with foreign officials to spy on Trump? That’s exactly what he accused Trump of,” Bongino said. “He’s in a world of trouble.”

Judge Jeanine agreed with Bongino that Brennan is in a world of trouble because of his past actions, which is why she said she gave him the “premier title” of “Pond Scum” in her book. Video Below

.@dbongino joined me to break down all of the latest news of the week– take a look: pic.twitter.com/lNmqOC4OKL