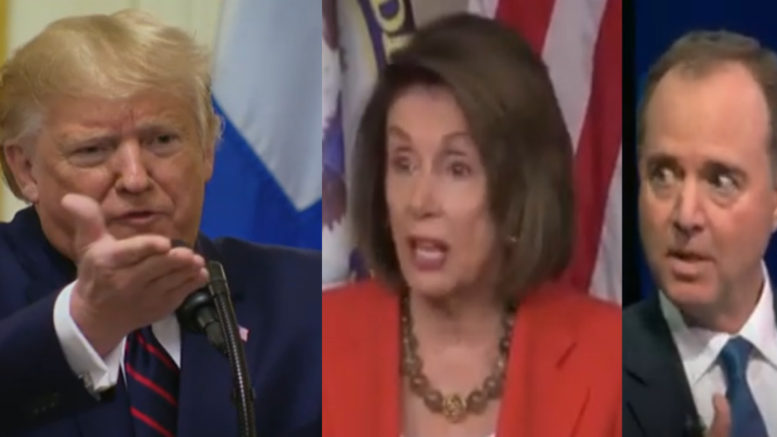 The first formal floor vote in relation to the impeachment probe announced a month ago by Speaker Nancy Pelosi followed a fierce debate in the chamber, where Republicans accused Democrats of launching a de facto “coup” against the president in a “pre-ordained” bid to overturn the results of the 2016 election, as per Fox News.

The tension was already high on Capitol Hill and now, it is building as the impeachment process moves forward. Further, heated rhetoric marked the lead-up to the vote.

House Minority Leader Kevin McCarthy said on the House floor in his argument before the vote, “I guess it’s only fitting [Pelosi] take this vote on Halloween.”

President Trump responded on Twitter after the vote took place and wrote, “The Greatest Witch Hunt In American History!”

White House press secretary Stephanie Grisham said in a statement the President has done nothing wrong. “With today’s vote, Speaker Pelosi and the Democrats have done nothing more than enshrine unacceptable violations of due process into House rules,” she said. (Video Below)

Speaker Pelosi and Chairman Schiff have both insisted that impeachment should be bipartisan. The only bipartisan vote today was AGAINST impeachment.

Democrats have written more subpoenas than they have laws. They are wasting taxpayer time and money. pic.twitter.com/Et8HuUnhSc

(Related: Jordan On The Impeachment Inquiry Vote: ”It’s A Continuation Of The Sham, They’re Gonna Try to Dress it Up A Little Bit”)