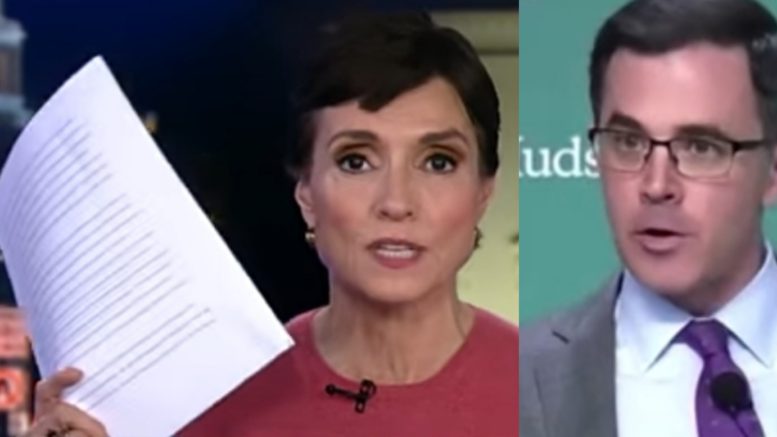 Herridge, who is leaving Fox to join CBS News, said Morrison appeared to have a “sixth sense” about the phone call in question in that he thought it would leak into Washington’s highly polarized environmnet.

According to his testimony, Morrison said, “I want to be clear, I was not concerned that anything illegal was discussed.”

Herridge mentioned that Morrison also confirmed that the MEMCON (memorandom of the conversation) “accurately and completely reflects the substance of the call.”

He said that after the call, he “promptly asked the national security legal advisor and his advisor to review it” and that Ukrainians had no idea aid was suspended until August, which was five weeks after the phone call was made.

According to Herridge, Morrison said that it wasn’t until September that he had reason to believe that aid was tied to a public statement from Ukraine where they announcced the reopening of the investigation into the energy firm that Hunter Biden was tied to. The aid was released just a few days later. Video Below

A source told Herridge that Morrison said he was “warned about Vindman’s judgement. And at least on one occasion, he said that Vindman, who began his army service nearly two decades ago, went outside of the chain of command on Ukraine.” Video Below