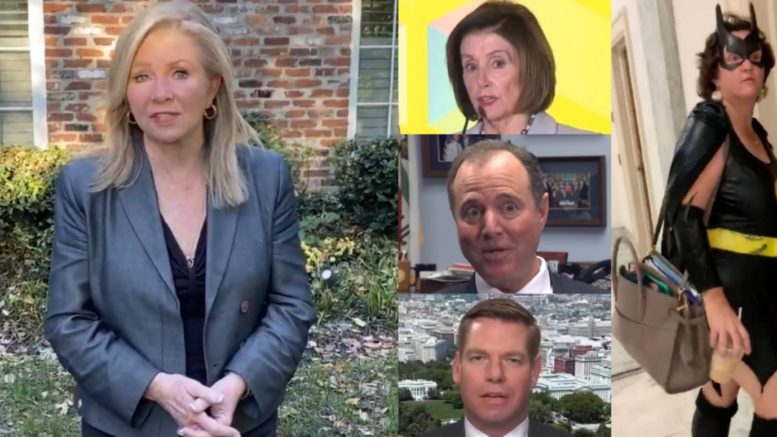 Senator Marsha Blackburn (R-TN) lashed out at the “Do Nothing Democrats” over their recently in a Saturday morning video that she uploaded on Twitter, where she indicated that her strong support for President Trump is going nowhere.

In a brief statement made in her video, Sen. Blackburn targeted Democrats over their recently passed impeachment resolution that she thinks is only justifying the closed door, “kangaroo court” process being led by Democrat Congressman Adam Schiff.

Related Article: Sen. Blackburn Reveals Why She Won’t Vote To Convict Trump If Impeachment Moves To Senate: ‘This Is Their Mueller Do-Over’

“Respect the rule of law, respect for due process — that’s not what you’ve seen out of the Democrats this week,” Blackburn said.

“What they did? Pass a resolution to say they can keep conducting their kangaroo court in Adam Schiff’s basement,” she declared.

And with her constituents in mind, Senator Blackburn cconcluded by stating, “We’re going to stand with President Donald Trump and Vice President Mike Pence.” Video Below

All the Do Nothing Democrats did this week was pass a resolution to keep conducting their kangaroo court in Adam Schiff's basement. pic.twitter.com/Q3HoDoswnP

In ending, here is another tweet by Senator Blackburn where she blasted Democrat Congresswoman Katie Porter who dressed up in a Halloween outfit when voting in favor of the impeachment resolution.

This is how Dems dressed for work today while they voted to launch an official impeachment inquiry into @realDonaldTrump. Beyond ludicrous. https://t.co/nBTUzUQVn4