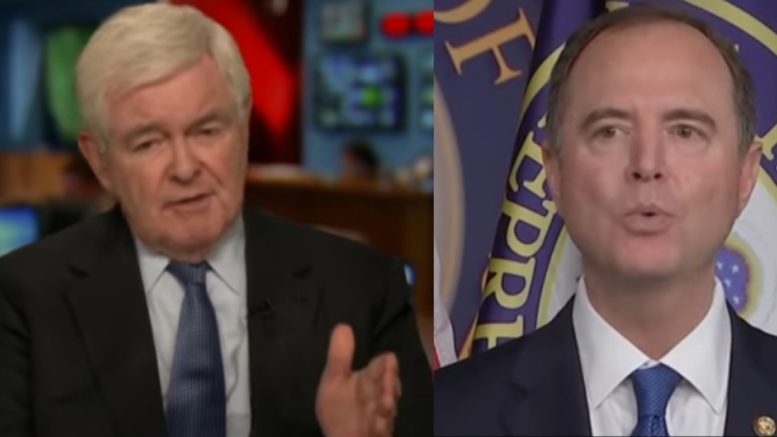 Just weeks after the account from an alleged “whistleblower” surfaced, there are many questions surrounding the individual’s current status and how much involvement Democrats and Never-Trumpers had in helping to concoct the story that ultimately led the impeachment inquiry.

According to RCI’s report, Ciaramella is a registered Democrat who began working at the White House during the Obama administration. He previously worked with former Vice President Joe Biden and former CIA Director John Brennan.

Ciaramella reportedly left the National Security Council in 2017 over concerns about negative leaks to the media, which he then returned to the CIA.

While it’s quite possible the whistleblower has been identified as being someone with an anti-Trump motive, Newt Gingrich thinks this person shouldn’t be allowed to “sneak off into the darkness” since he was the primary reason Democrats launched their impeachment inquiry in the first place. Video Below

Newt posted a statement on Twitter, where he addressed the current status of the alleged whistleblower.

“The original “whistle blower” can’t be allowed to sneak off into the darkness,” Newt said in a tweet. ‘He was the excuse for Democrats to launch their sore loser impeachment process.”

“Now his story is so bad he wants to hide American people deserve to know how sick the Schiff show is,” Newt declared. Video Below

The original “whistle blower” can’t be allowed to sneak off into the darkness.He was the excuse for Democrats to launch their sore loser impeachment https://t.co/2dGQZU1SqX his story is so bad he wants to hide.American people deserve ti know how sick the Schiff show is

In ending, here is recent video of Newt discussing why he thinks Democrats’ impeachment inquiry is a “joke”: