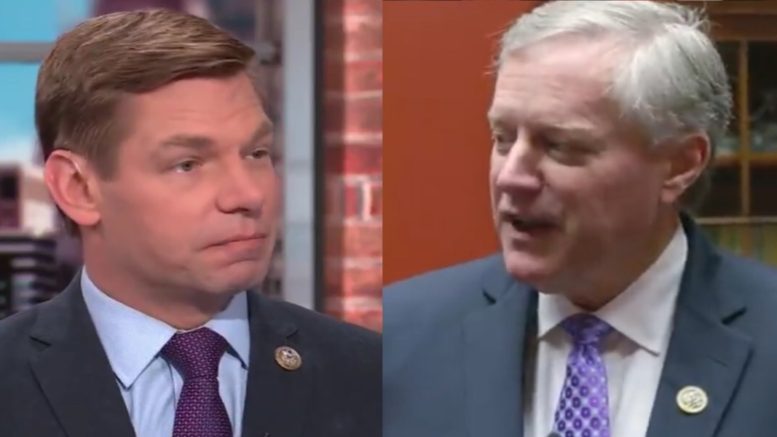 On Friday, the House released the testimony from Vindman’s deposition, to which it shows Schiff along with his staff and Rep. Eric Swalwell (D-CA), did prevent the witness from answering certain questions. Further, it appears that Vindman’s criminal defense attorney and Schiff worked together to make sure Vindman didn’t disclose who he spoke with about the July 25 call between President Trump and Ukrainian President Zelensky.

Last week Rep. Jim Jordan announced, “Chairman Schiff has prevented the witness from answering ‘certain questions’ we have during the deposition. One of the things you do in these depositions is you ask the basics: who, what, where, when, why?”

“When we asked [Vindman] who he spoke to after important events in July– Adam Schiff says, ‘No, no, no, we’re not going to let him answer that question’, even though at the start of every one of these depositions, [Schiff] says these are not classified,” Jordan added.

In a few examples of the transcript, Vindman’s criminal defense attorney and Schiff worked together to make sure Vindman didn’t disclose who he spoke with about the July 25 call between President Trump and Zelensky during questioning from Rep. Jordan.

Rep. Jordan asked, “Who else did you talk to following the July 25th call?”

Swalwell and Schiff immediately jumped in to make sure Vindman doesn’t answer the question.

Vindman is asked to disclose who he spoke to, but his criminal defense attorney immediately objects. Then, Swalwell and Schiff join in to shout down the question, but Rep. Mark Meadows (R-SC) interjected with a point of order.

On page 78 of the transcript, Swalwell jumped in, appearing to suck up to Schiff, but Meadows shot back and told Swalwell to “shut up”. [Emphasis added].

Swalwell took to Twitter on Friday to tweet that he was told to “shut up” by Rep. Meadows.

Here is @RepMarkMeadows saying “shut up” as we try and stop him from outing the whistleblower. We are protecting this whistleblower and any future person who comes forward. https://t.co/gWlp9DVivq

Vindman's criminal defense attorney was at his most obstructive regarding two key questions: did Vindman deliberately work to undermine the policy of the Commander-in-Chief, and did he have any conversations about Trump's classified phone call outside the chain of command?