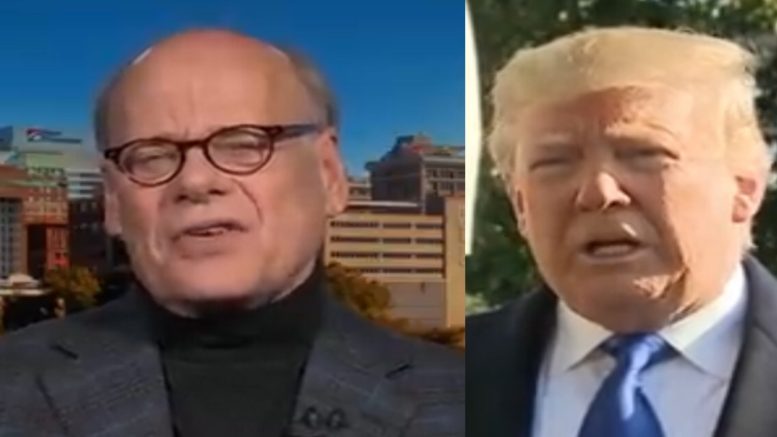 Friday, on CNN’s “Newsroom,” Rep. Steve Cohen (D-TN) spoke with host Poppy Harlow and claimed the country under the leadership of the Trump administration “no longer has values.”

Further, Cohen was challenged on reserving judgment on impeachment until the proceedings begin, but the Tennessee congressman was quick to declare that he has already made up his mind, despite not seeing all of the evidence.

House Judiciary Chairman Jerry Nadler (D-NY) was asked on CNN Friday if he’s seen enough evidence to be convinced that the President committed “high crimes and misdemeanors” essentially to impeach President Trump, Nadler said, “I’ve seen a lot of evidence of that, but maybe there will evidence contradicting it, which I haven’t seen yet.”

Harlow said that Nadler is reserving judgment and asked Cohen if he is, to which he immediately replied, “No.”

“This man from the first day he went into office– he wanted to have an alternative foreign policy where Jared Kushner wanted a special back-channel communication to Russia that no one would know about,” Cohen claimed. “Now he’s got Giuliani running a backchannel, improper foreign policy to get dirt on his political officials. You throw in an obstruction of Congress. You throw in obstruction of justice for Mueller. This is just a lawless administration that knows no restraint. And we’re supposed to publicly say, ‘We’re gonna listen.’ I’m gonna listen and there could be some unbelievable thing that President brings up, but ‘no’. There’s clearly obstruction of Congress, obstruction of justice and abuse of power.” [Emphasized].

Harlow asked Cohen if he thinks that’s a dangerous path for him and his party to take: “You say you’ve already made up your mind when all the evidence hasn’t been heard and public hearings have not even started, certainly, a trial in the Senate has not begun,” she said. (Continued Below)

“Well, most of my party hasn’t said this and probably very few in my party will. And I’m probably not supposed to,” Cohen admitted. “But I’ve always considered speaking truth to power and saying what I believe and what I think. The facts will show to be important and I think somebody needs to make it clear that there’s no question that what we’re looking at is a ‘lawless presidency.’ [Emphasized].

When pressed again about why he won’t wait to see the evidence because he thinks facts matter, Cohen claimed, “Well, because I’ve seen the obstruction. Mick Mulvaney– subpoenas are under power of law. When people refuse to comply with subpoenas and the administration says ‘we’re not going to comply with anything’, they are flaunting their noses at the law, at Congress, at the respective article one powers. And to me, that’s clear as the nose on one’s face. It’s clear what they’re doing, and there is no reason to dance around it. This is a lawless administration that doesn’t respect the Constitution.”

Asked if he’s willing to take the heat when voters hear that he wants to get rid of a duly elected President any way he can, Cohen declared, “No, not any way I can. I want there to be an impeachment, which is a power Congress has, of a man who has violated the Constitution. I took an oath. He took an oath. I support my oath. He does not.” [Emphasized] (Video Below)

“The American public needs to understand we’re not dealing with a gray area here. This is a black and white violation of the Constitution and a lawless president who has done everything he can to keep the public’s mind away from his involvements with Russia, his involvement with trying to change foreign policy for his own political good and destroying our reputation around the world, where the rule of law and democracy which is what people respect America for and now we’re not doing it,” Cohen said.

“As Mr. Kent said, ‘we condemn countries that use political prosecutions all over the world.’ This was America’s values. ‘America no longer has values.’ We only have interests, and foreign policy is supposed to be a combination thereof,” he concluded. [Emphasized].

Rep. Steve Cohen’s full remarks begin at 1:23 into the video:

Rep. Doug Collins (R-GA) tweeted Friday: “Nadler says he is only concerned about the ‘appearance of an open mind,’ admitting this impeachment process is pre-baked, unjust, and inevitable. Nadler just admitted that facts and fairness mean nothing to Democrats.”

Nadler says he is only concerned about the “appearance of an open mind,” admitting this impeachment process is pre-baked, unjust, and inevitable.

Nadler just admitted that facts and fairness mean nothing to Democrats. pic.twitter.com/VOaJp4LyKu

(Related: Returning From Recess, Cohen Says Trump Is The ‘Worst President In U.S. & Worst Human Being To Grace Earth’)