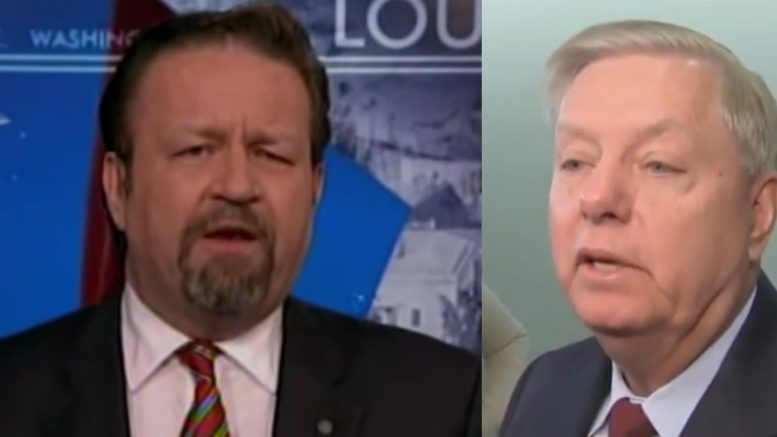 While appearing with Gregg Jarrett of Fox News, Sebastian Gorka targeted Senator Lindsey Graham’s inaction since taking over the role as Chairman of the Senate Judiciary Committee.

Jarrett was discussing how it appears Adam Schiff is going to great lengths to hide the identity of the alleged whistleblower, which led to Gorka shifting focus directly on Senator Graham in his response.

Jarrett asked, “In the end, do you think the whistleblower will be forced to testify as a fact witness — not to mention Adam Schiff?”

‘Well, the question is Where is Lindsey Graham?” Gorka replied. “Ya know #WhereIsHunterBiden, I want to see the hashtag #WhereIsLindseyGraham.”

“Lindsey Graham, you’re the Chairman of the Judiciary Committee in the Senate. You can subpoena whoever you want,” he continued.

Related Article: Reporter Suggests Sen. Graham Is Interfering In The Impeachment Process, Graham Levels Her: ‘If We Were Doing This, You’d Be Beating The Sh*t Out Of Us’

“Don’t give me the excuse that you’re afraid that the fact that John McCain pushed the dossier around DC is going to leak out. We know that,” he added. “We know his legacy — he was a Never-Trumper.”

“Do the right thing, Lindsey, for the sake of the American people,” Gorka ended. Video Below