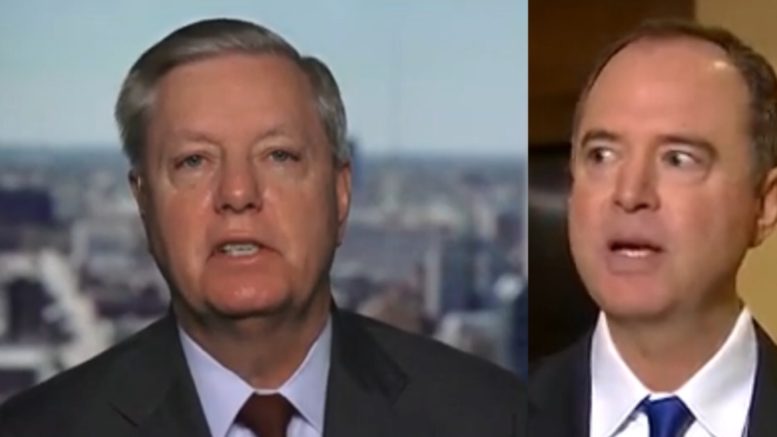 Schiff, however, rejected the request by Republicans to have the alleged whistleblower testify at next week’s public impeachment inquiry hearings, claiming that their testimony was “redundant and unnecessary.” Schiff himself said in September the whistleblower would appear before Congress “very soon,” but has since backtracked after he admitted his staff met with the whistleblower.

“The committee … will not facilitate efforts by President Trump and his allies in Congress to threaten, intimidate and retaliate against the whistleblower who courageously raised the initial alarm,” Schiff said in a letter to Intelligence Committee Ranking Member Devin Nunes, R-Calif. ” … The whistleblower has a right under laws championed by this committee to remain anonymous and to be protected from harm,” as reported by Fox News.

“The impeachment inquiry, moreover, has gathered an ever-growing body of evidence — from witnesses and documents, including the president’s own words in his July 25 call record — that not only confirms but far exceeds the initial information in the whistleblower’s complaint … ” Schiff concluded his letter. “In light of the president’s threats, the individual’s appearance before us would only place their personal safety at grave risk,” per Fox News.

Senator Lindsey Graham (R-SC) spoke with host Maria Bartiromo on Fox News’ “Sunday Morning Futures” where he weighed in on the GOP’s witness list and said that “impeachment is invalid” until we know whistleblower’s identity.

“[Democrats] could care less about getting to the truth. Why was the prosecutor fired? … I consider any impeachment in the House that doesn’t allow us to know who the whistleblower is to be invalid. Because without the whistleblower complaint, we wouldn’t be talking about any of this. And I also see the need for Hunter Biden to be called adequately to defend the President. And If you don’t do those two things, it’s a complete joke,” Graham said. [Emphasized]. (Continued Below)

“It’s impossible to bring this case forward, in my view, fairly, without us knowing who the whistleblower is and having a chance to cross-examine them about any biases they may have. So, if they don’t call the whistleblower in the House, this thing is ‘dead on arrival’ in the Senate,” Senator Graham warned. [Emphasized].

Bartiromo pointed out that reports have alleged the whistleblower worked for Joe Biden and John Brennan– as a CIA operative.

“If the whistleblower comes from the Brennan world, that would be pretty stunning, I would think. If the whistleblower had a connection to a Democratic candidate, that would be pretty stunning. The only way you can fairly deal with this issue is for us to find out who the whistleblower is. No American can be accused of a crime based on an anonymous allegation. The whistleblower is foundational to what they’re doing in the House, and the fact that they don’t want to call him, tells you everything you need to know about how valid this effort is to impeach the President. It is impossible to conduct an impeachment inquiry when the ‘chief-complaining-witness’ is unknown to the President, not subject to cross-examination,” Graham explained. (Continued Below)

“They’re not trying to find the truth here. If you really wanted to know the truth about why Joe Biden said what he did about the prosector, ‘If you don’t fire this guy we’re gonna cut off the money’, well let’s find out. Was Hunter Biden in the crosshairs of the prosecutor? This is not about Schiff finding the truth, this is about Schiff trying to destroy the Trump presidency. Mueller looked at Trump two years, 25 million dollars, 40 FBI agents, and didn’t find anything. Now we got it in the hands of Schiff and Nadler. If you think Schiff is looking for the truth, you shouldn’t be allowed to drive anywhere in America [be]cause that’s a ridiculous concept,” the Senate Judiciary Chairman added.

“[Democrats] don’t want you to know if the whistleblower was on the Brennan team, … they don’t want you to know that he’s tied to the people who falsely got a warrant against Carter Page 4 times. … He’s tied to the group that set up a counterintelligence investigation of the Trump campaign in 2016. It would blow them out of the water if, in fact, the whistleblower was connected to a Democratic candidate and came from the CIA world that’s been trying to destroy the Trump presidency before he got elected. That’s why they don’t want you to know who this person is,” Graham said. … “What are they hiding?” (Video Below) 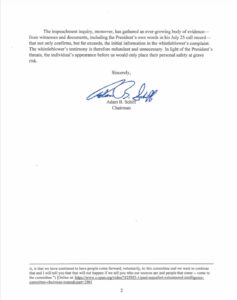 (Related: Bongino On The Ongoing Impeachment Hysteria: “Read The Transcript, You Knuckleheads! There Is Nothing In The Transcript!”)