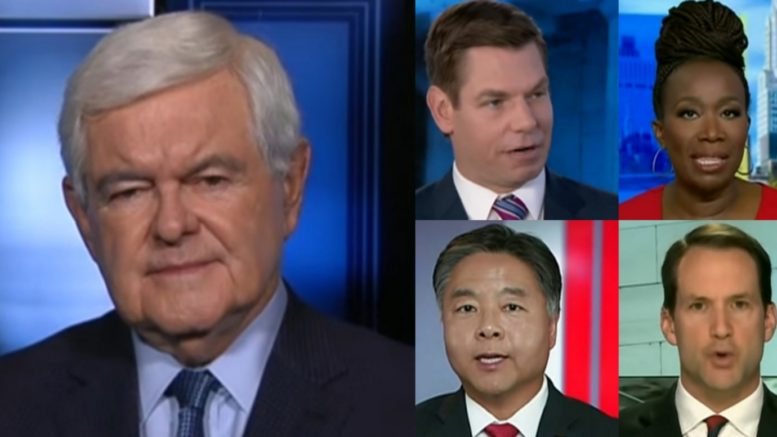 On Tuesday, former House Speaker Newt Gingrich appeared on Fox & Friends where he weighed in on all of the latest impeachment-related drama.

As the public impeachment hearings are set to begin on Wednesday, Democrats and leftist media sources have moved on from their accusations that President Trump was involved in a “quid pro quo” and are now saying he committed “extortion.”

When asked what he thought about the left’s sudden shift in rhetoric from “quid pro quo” to “extortion,” Newt said, “First of all, it tells you how carefully organized the news media and the Democrats are — that they all learn the same word the same morning.”

To put it simple, Mr. Gingrich said he thinks “all of this is garbage,” and he doesn’t understand what was so wrong about President Trump trying to uncover the “truth.”

“When did The New York Times and The Washington Post suddenly decide that covering up the truth is a good idea?” he questioned.

Related Article: Newt Gingrich On The Whistleblower’s Status: Americans “Deserve To Know How Sick The Schiff Show Is”

“This is crazy!” Newt proclaimed. “And, the Democrats, quite frankly, are behaving in a way that is crazy.”