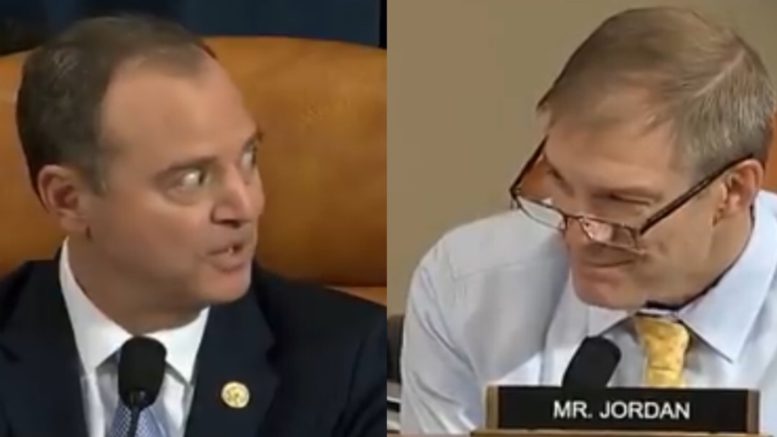 During the hearing, however, Rep. Jordan pressed Chairman Schiff about the “anonymous whistleblower”, whom Schiff’s staff reportedly met with, before the “complaint” was filed.

Rep. Jim Jordan directly asked Chairman Schiff during the hearing, “Do you anticipate when we might vote on the ability to have the whistleblower in front of us– something you, the 435 members of Congress, you are the only member who knows who the individual is.”

“And your staff is the only staff of any member of Congress that has had a chance to talk to that individual. We would like that opportunity. When might that happen in this proceeding today?” Jordan pressed Schiff.

“That’s a false statement,” Schiff claimed. “I do not know the identity of the whistleblower.” [Emphasis added].

“And I’m determined to make sure that identity is protected,” Schiff said, even though he claimed he doesn’t know the identity. “You’ll have an opportunity after the witnesses have testified to make a motion to subpoena any witness and compel a vote.” (Continued Below)

Schiff, however, did not redact the so-called whistleblower’s name from Ambassador William Taylor’s transcript. The testimony of Ambassador Taylor can be found here. 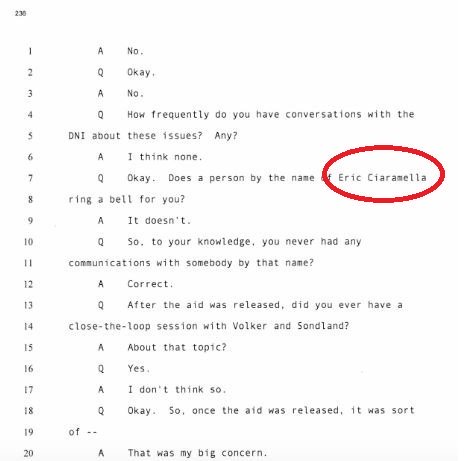 As reported by Fact Check, the New York Times broke the story on Oct. 2 that Schiff knew about “the outlines” of the whistleblower’s concerns before the Aug. 12 complaint was filed. The whistleblower had contacted an intelligence committee aide after passing along concerns to the CIA’s top lawyer and being “[c]oncerned about how that initial avenue for airing his allegations through the C.I.A. was unfolding,” the Times reported.

Schiff has since reversed his statement. “I was really thinking along the lines of wanting to get him to come in to testify,” Schiff told the Daily Beast. “I regret that I wasn’t much more clear.” [Emphasis added].

Later in the hearing, Jordan doubled down and said that the committee will never get the chance to hear from the whistleblower. “This anonymous so-called whistleblower, with no firsthand knowledge, who is biased against the president, who worked with Joe Biden, who is the reason we are all sitting here today– we’ll never get a chance to question that individual,” the Ohio Congressman said.

“Democrats are trying to impeach the president based on all that?” Rep. Jordan asked. “Eleven and half months before an election? We’ll not get to check out his credibility, his motivations, his bias. I said this last week: this is a sad day, this is a sad day for this country.”

“You think about what the Democrats have put our nation through for the last three years. It started July 2016 when they spied on two American citizens associated with the presidential campaign and all that unfolded with the Mueller investigation after that. And when that didn’t work, here we are, based on this. … The American people see through all of this, they understand the facts support the president, they understand this process is unfair and they see through the whole darn sham,” Jordan expressed. (Continued Below)

Rep. Jordan explains that Schiff “does” know who the whistleblower is:

Only one member of Congress has the staff who gets to talk to that person, and that's Shifty Schiff! pic.twitter.com/rKar1hRjWz

We leave you with a video from House Republicans where it shows that Schiff deliberately misled the American public:

He deliberately mislead the public about his office's connection with the whistleblower and reportedly knew about the complaint before it was filed.https://t.co/B75lUdMWr5 pic.twitter.com/3S7t1gatOZ