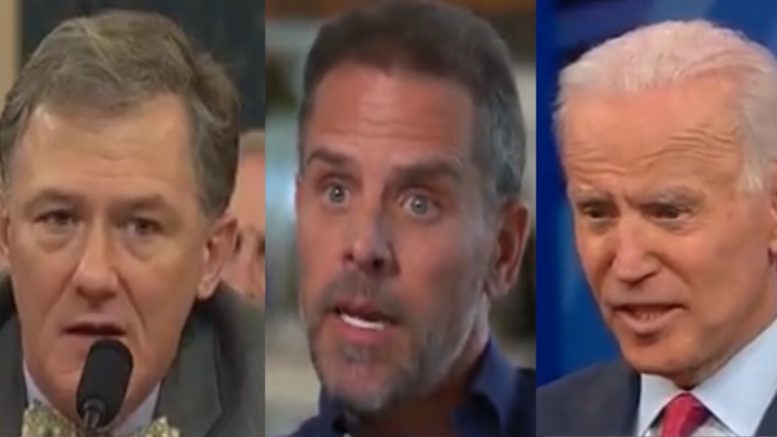 During his testimony, Kent said Hunter Biden’s position on the board of a Ukrainian natural gas firm created the “perception of a conflict of interest.”

While his father was leading Ukrainian policy as vice president, Hunter Biden landed a high-paying position on the board of Burisma Holdings, a Ukrainian natural gas company. During the opening statement for his impeachment testimony, Kent noted that he crossed paths with Burisma’s owner as a part of his anti-corruption efforts in Ukraine, as reported by Washington Examiner.

“The pervasive and longstanding problem of corruption in Ukraine included exposure to a situation involving the energy company Burisma,” Kent stated. “The primary concern of the U.S. government since 2014 was Burisma’s owner, Mykola Zlochevsky, whose frozen assets abroad we had attempted to recover on Ukraine’s behalf.”

He said that he reported his concerns in 2015 to the vice president’s office when Hunter had landed a position on the board while his father was acting as Obama’s chief diplomat to Ukraine. “I reported my concern to the office of the vice president,” Kent admitted.

Asked after he expressed his concern of a ‘perceived conflict of interest’, did the vice president’s engagement in Ukraine didn’t decrease, Kent responded, “Correct. Because the vice president was promoting U.S. policy objectives in Ukraine. (Continued Below)

“And Hunters Biden’s role on the board of Burisma cease did it?” Republican counsel Steve Castor asked Kent.

“To the best of my knowledge, it didn’t. And my concern was there was the possibility of a perception of a conflict of interest,” Kent expressed.

“In February 2015, I raised my concern that Hunter Biden’s status as a board member could create the perception of a conflict of interest,” Kent said. “Let me be clear, I did not witness any effort by any U.S. official to shield Burisma from scrutiny. In fact, I and other U.S. officials consistently advocated reinstituting a scuttled investigation of Zlochevsky, Burisma’s founder, as well as holding the corrupt prosecutors who closed the case to account,” as per by Washington Examiner. (Video Below)

Kent admits that he expressed concern to Vice President Biden’s office about a possible “conflict of interest” due to Hunter Biden’s involvement with Burisma. Biden’s office did nothing:

WATCH: Kent admits that he expressed concern to Vice President Biden's office about a possible "conflict of interest" due to Hunter Biden's involvement with Burisma.

Biden's office did nothing. pic.twitter.com/nPiTfBZT1T