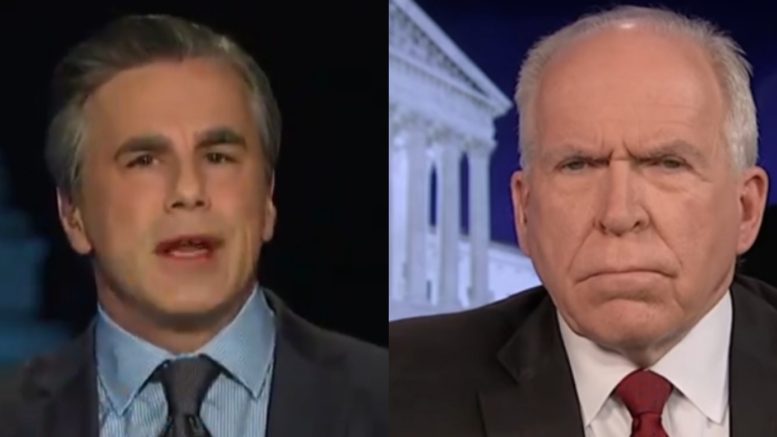 President Trump faced backlash from the left after he tweeted about former Ambassador to Ukraine Marie Yovanovitch during her testimony at Friday’s public impeachment hearing.

The President tweeted: “Everywhere Marie Yovanovitch went turned bad. She started off in Somalia, how did that go? Then fast forward to Ukraine, where the new Ukrainian President spoke unfavorably about her in my second phone call with him. It is a U.S. President’s absolute right to appoint ambassadors.”

“They call it “serving at the pleasure of the President.” The U.S. now has a very strong and powerful foreign policy, much different than proceeding administrations. It is called, quite simply, America First! With all of that, however, I have done FAR more for Ukraine than O,” he concluded.

In response to the President’s tweet, Brennan replied: “Your comments reflect the despicable nature of your character, hate & fear of our foreign service officers & desperation to protect your corrupt & criminal acts. Your efforts to intimidate will fail. May your downfall be swift, your penalty onerous, & your legacy condemned by all”

After Judge Jeanine put Brennan’s tweet on the screen, Fitton said: “You know, he sends out these unhinged tweets and it tells you what was the basis, what was the motivation and why it happened — the illegal spygate targeting that Brennan was involved in pushing and lying about targeting President Trump.” Video Below

“And it goes back to what these folks are really nervous about. This is why they’re pursuing the coup,” Fitton proclaimed. “You have the Justice Department concluded there’s evidence…of criminal misconduct, criminal activity in the origins of the spying on President Trump.”

“And who was involved in that?” he continued. “Obviously Brennan, Comey, the leadership of the Obama Administration. That’s what they’re nervous about, so what are they doing? They’re trying to pretend President Trump did something wrong to distract from their real world criminal activities during the last administration into this one.”

In her response to what Fitton said, Judge Jeanine said she’s take it a step further and “go right to the White House,” and Fitton replied, “Obama knew. He was running the show!” Video Below

.@TomFitton joined me tonight to discuss the latest in the Democrats' push for impeachment. pic.twitter.com/TWuNg5Dlws