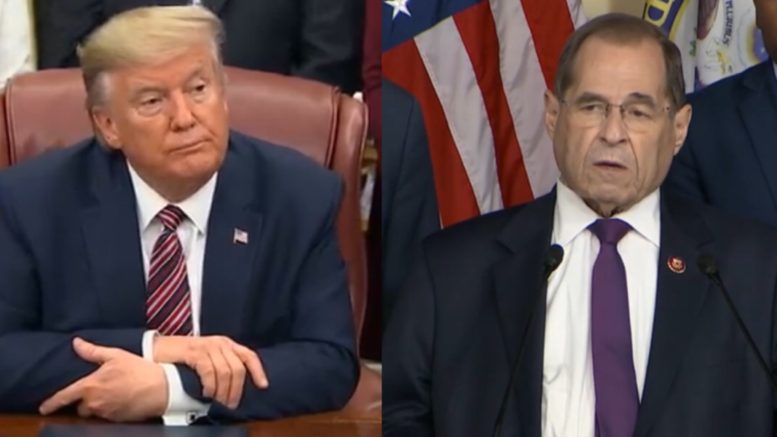 Nadler, however, in a letter addressed to the President, warned that as chairman he could remove the “privilege” of the participation of the President or his counsel at any time.

In his letter formally addressed to the Commander in Chief, Chairman Nadler said that both the President and his lawyer would be welcome to attend the hearing titled: “The Impeachment Inquiry into President Donald J. Trump: Constitutional Grounds for Presidential Impeachment”, which is scheduled for December 4 at 10 a.m. on Capitol Hill.

“I write to ask if … you and your counsel plan to attend the hearing or make a request to question the witness panel,” Nadler wrote and requested that President Trump responds by 6 p.m. on Dec. 1, adding, “By that time, I ask that you indicate who act as your counsel for these proceedings.”

Nadler warned, however, “I remain committed to a fair and informative process. To that end, I remind you that participate by the President or his counsel as described by the Committee in past inquiries as “not a right but privilege or a courtesy which is being extended to the President’s counsel.”

During an interview on CBS’ “Face The Nation”, House Speaker Nancy Pelosi (D-CA) told host Margaret Brennan that she invites the President to “come before the committee” to testify, or he could “do it in writing” to present his case. (Continued Below)

“Our Crazy, Do Nothing (where’s USMCA, infrastructure, lower drug pricing & much more?) Speaker of the House, Nervous Nancy Pelosi, who is petrified by her Radical Left knowing she will soon be gone (they & Fake News Media are her BOSS), suggested on Sunday’s DEFACE THE NATION that I testify about the phony Impeachment Witch Hunt,” President Trump wrote on Twitter.

“She also said I could do it in writing. Even though I did nothing wrong, and don’t like giving credibility to this No Due Process Hoax, I like the idea & will, in order to get Congress focused again, strongly consider it!” he expressed. (Continued Below)

On Tuesday, the President tweeted that he would “love to have Mike Pompeo, Rick Perry, Mick Mulvaney and many others testify about the phony Impeachment Hoax.“

But, the Commander in Chief added: “It is a Democrat Scam that is going nowhere but, future Presidents should in no way be compromised. What has happened to me should never happen to another President!”

The D.C. Wolves and Fake News Media are reading far too much into people being forced by Courts to testify before Congress. I am fighting for future Presidents and the Office of the President. Other than that, I would actually like people to testify. Don McGahn’s respected….

…love to have Mike Pompeo, Rick Perry, Mick Mulvaney and many others testify about the phony Impeachment Hoax. It is a Democrat Scam that is going nowhere but, future Presidents should in no way be compromised. What has happened to me should never happen to another President! 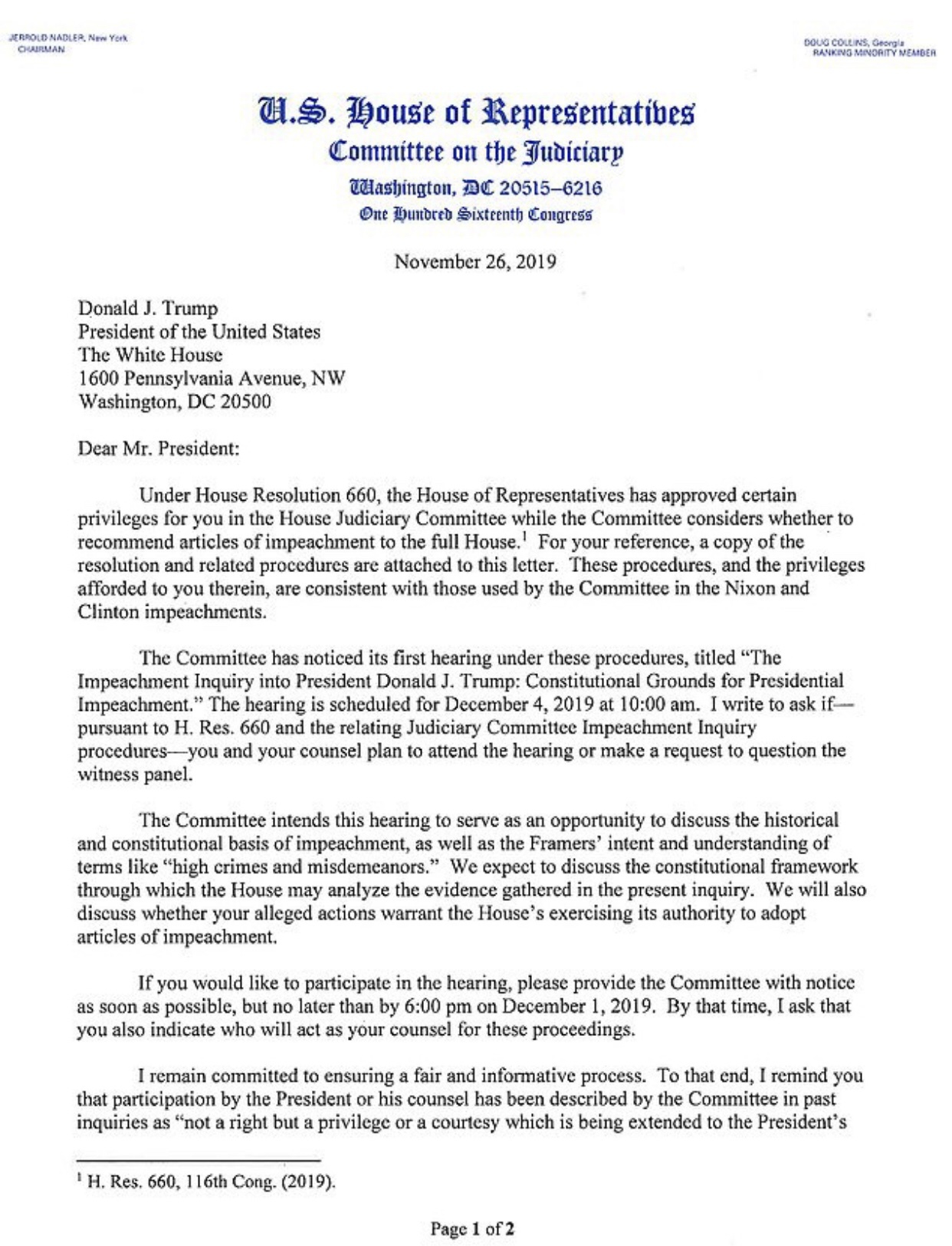 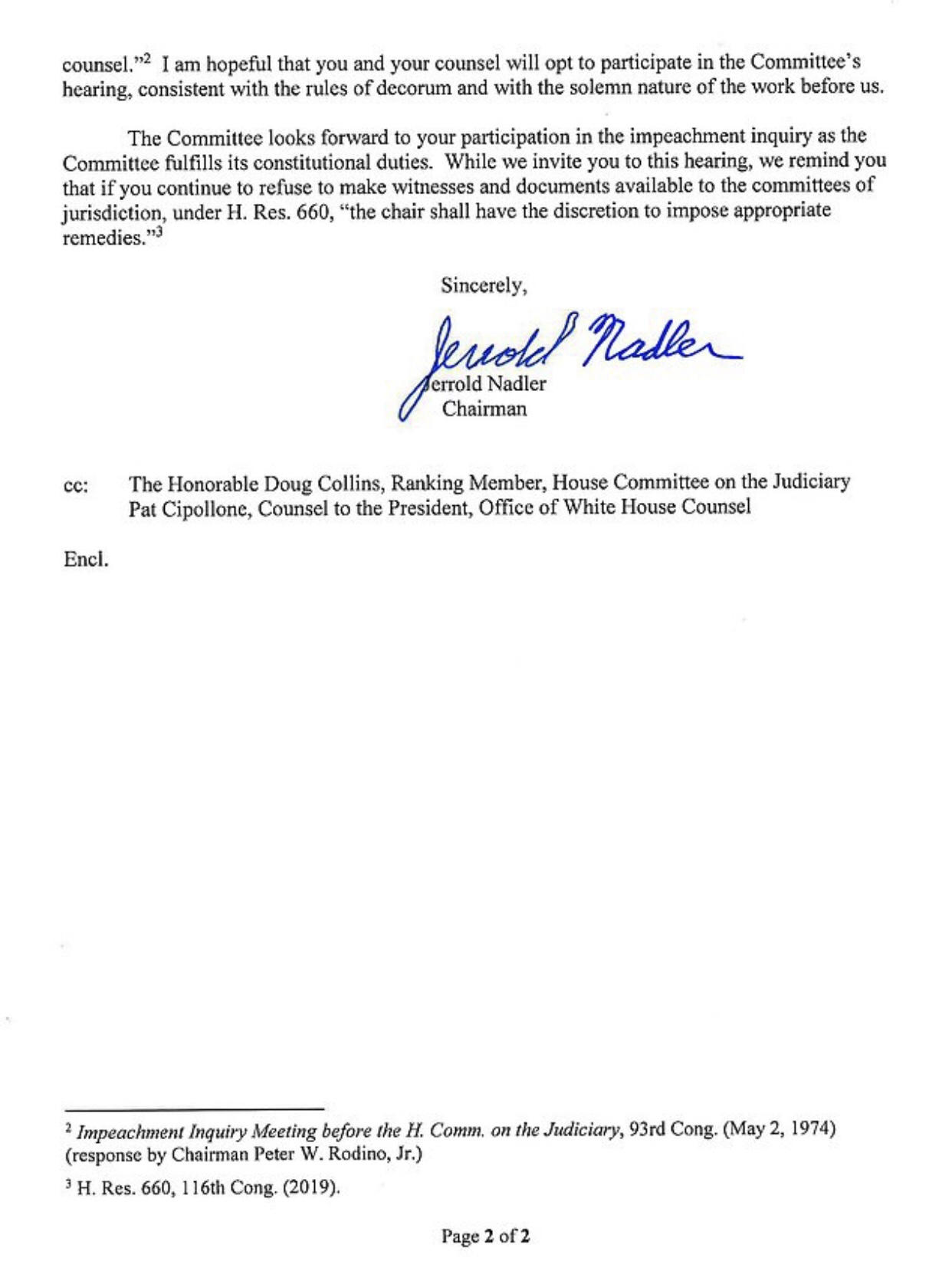 We leave you with Fox News reporting: