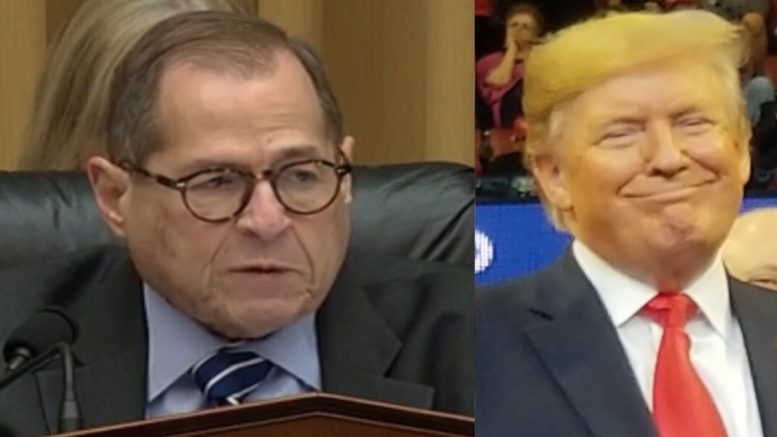 Last week, House Judiciary Chairman Jerry Nadler (D-NY) announced his first formal impeachment hearing and invited President Donald Trump to attend. In a letter addressed to President Trump, Nadler said that both the President and his lawyer would be welcome to attend the hearing titled: “The Impeachment Inquiry into President Donald J. Trump: Constitutional Grounds for Presidential Impeachment”, and requested that the Commander in Chief respond by 6 p.m. on Dec. 1 on whether Trump or his counsel plan to attend the hearing or make a request to question the witness panel along with who will act as the President’s counsel.

Nadler however, sent another letter on Friday to President Trump, informing him that he now has until Dec. 6 to let the committee know whether his counsel will participate in upcoming impeachment proceedings.

In his second letter addressed to the Commander in Chief, Rep. Jerry Nadler wrote, “Earlier this week, Chairman Schiff announced that the House Permanent Select Committee on Intelligence (HPSCI) is ‘preparing a report summarizing the evidence we have found this far, which will be transmitted to the Judiciary Committee soon after Congress returns from the Thanksgiving recess.'”

“That report will describe, among other things, ‘a months-long effort in which President Trump again sought foreign interference in our elections for his personal and political benefit at the expense of our national interest’ and ‘an unprecedented campaign of obstruction in an effort to prevent the Committees from obtaining documentary evidence and testimony,'” Nadler continued.

“As you are also aware, the Judiciary Committee has been engaged in an investigation concerning allegations that you may have engaged in acts of obstruction of justice, as detailed in Special Counsel Robert Mueller’s Report on the Investigation into Russian Interference in the 2016 Presidential Election. For detailed discussion of the scope of the impeachment inquiry, I refer you to the report accompanying House Resolution 660,” Nadler said.

“In anticipation of our consideration of these matters, I am writing to determine if your counsel will seek to exercise the specific privileges set forth in the Judiciary Committee’s Impeachment Procedures adopted pursuant to H. Res. 660 and participate in the upcoming impeachment proceedings. In particular, please provide the Committee with notice of whether your counsel intends to participate, specifying which of the privileges your counsel seeks to exercise, no later than 5:00 pm on December 6, 2019,” the House Judiciary Chairman concluded. (Continued Below)

As Democrats plan on holding their “impeachment inquiry proceeding” Wednesday, President Trump, however, will be at the NATO summit in London to meet with representatives of at least a dozen nations, including Germany, France, Italy, and Denmark, at the North Atlantic Treaty Organization’s 70th-anniversary meeting. His trip is expected to last Monday through Wednesday.

Senior Trump administration officials told reporters Friday that the American president is also expected to stress the ongoing challenges that NATO and the international community face from China and Russia, two nations that have become inextricably tangled up in Trump’s domestic political battles, as reported by CNBC.

The President’s NATO trip comes after his first visit to Afghanistan, a surprise trip he made on Thanksgiving to visit with troops for the holiday. (Continued Below)

Dates set by Jerry Nadler and his committee: 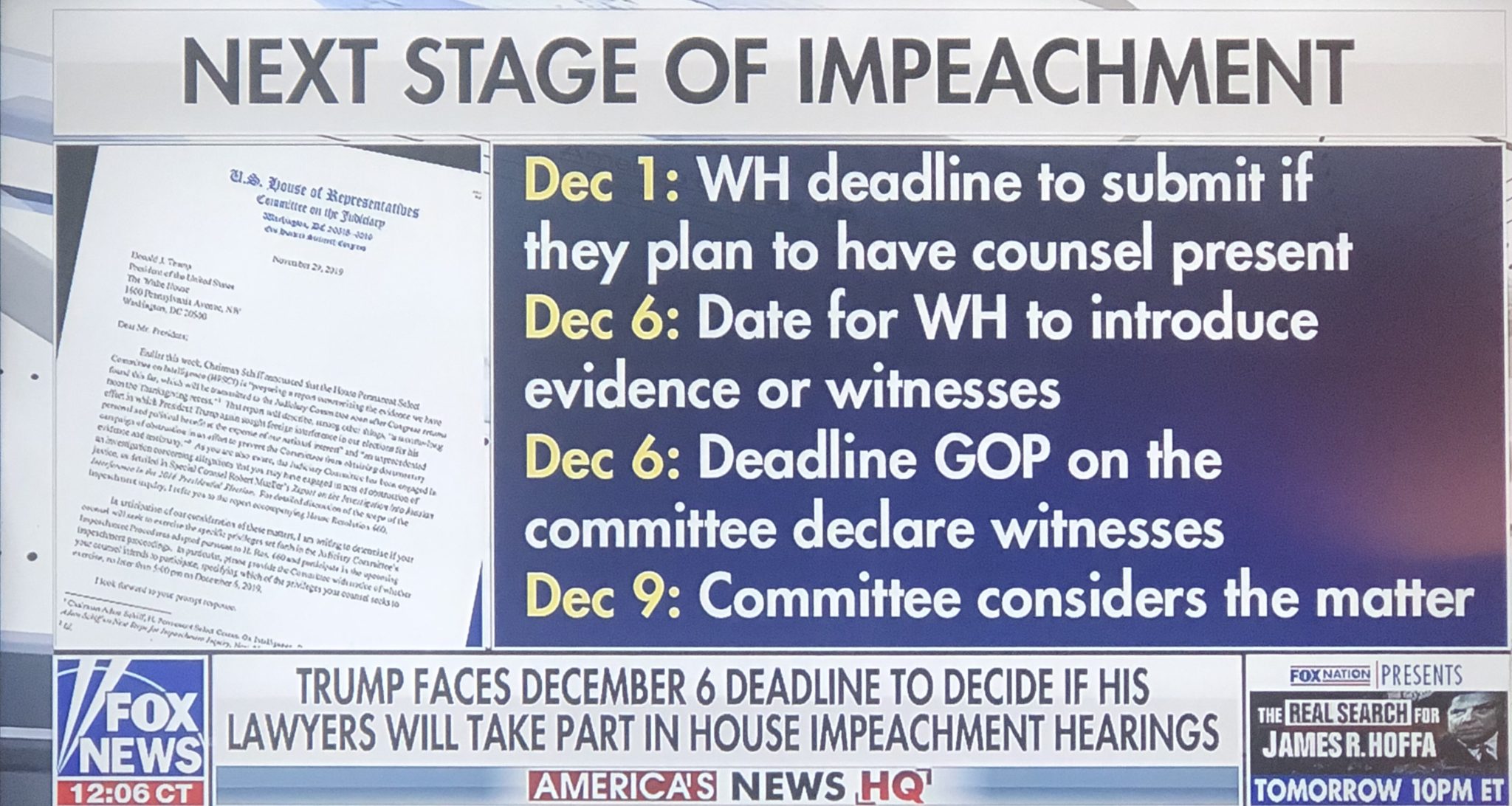 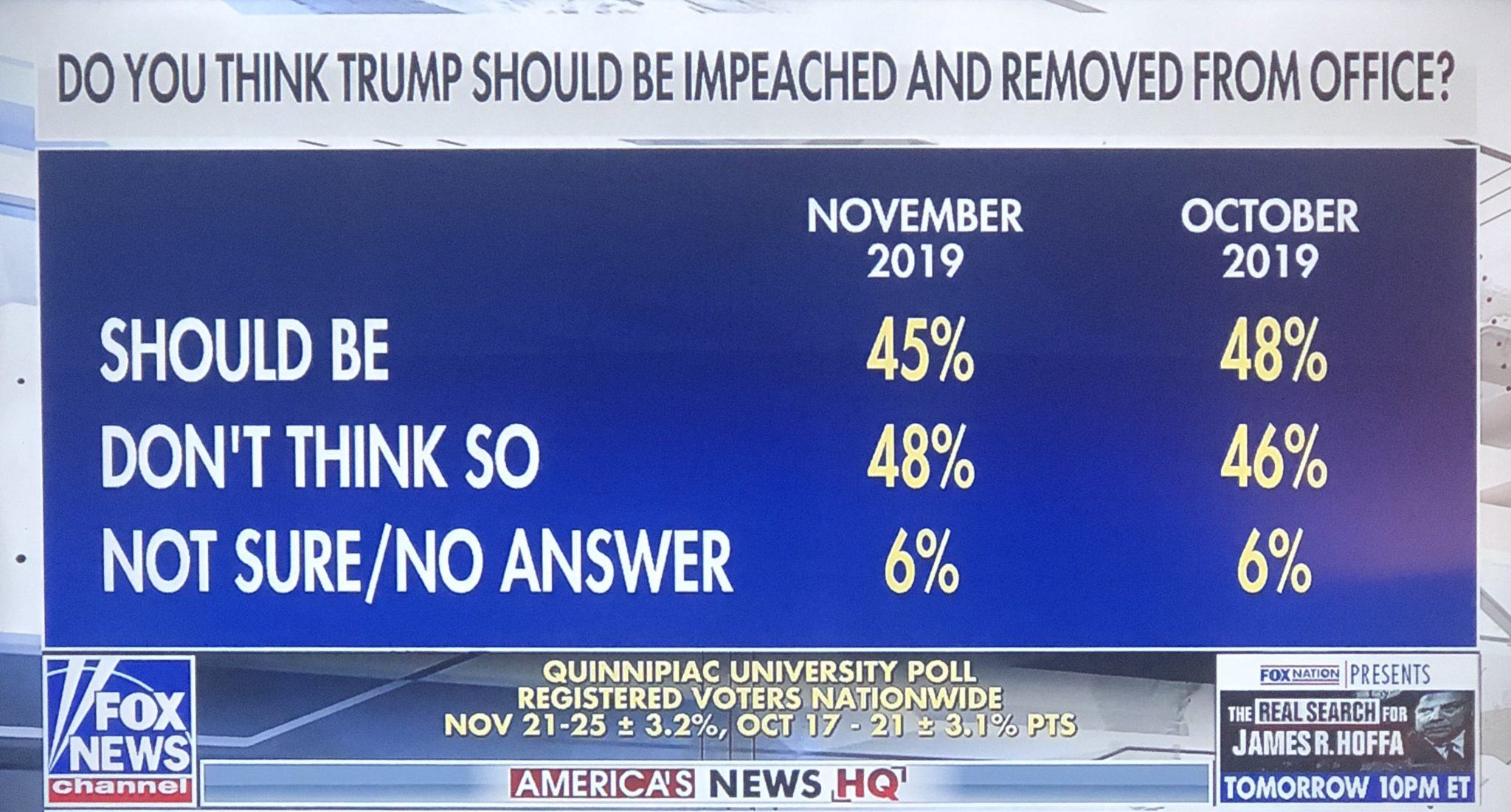 We leave you with reaction and analysis with Gregg Jarrett, Rep. Andy Biggs (R-AZ), Jenna Ellis, and Deroy Murdock:

(Related: Sen Graham Slams Dems In Wake Of Nadler’s Letter To Trump: “Salem Witches Got A Better Deal Than This!”)