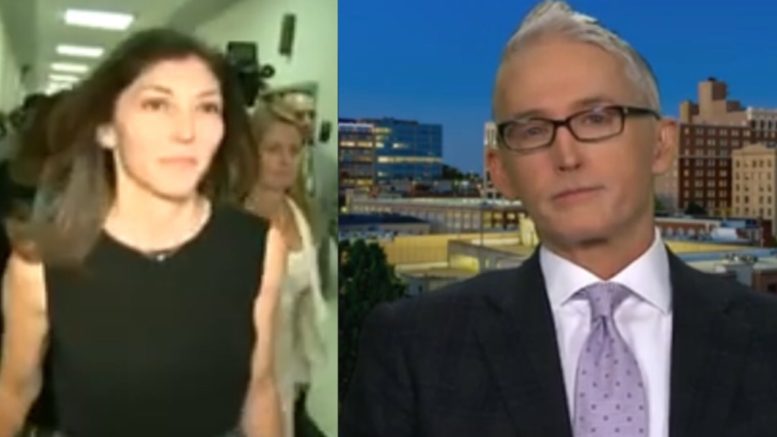 Former South Carolina Congressman, Trey Gowdy, spoke with host Martha MacCallum on Fox News’ “The Story” Monday where he weighed in on Lisa Page’s interview with the Daily Beast, the Democrats’ impeachment efforts, and whether or not he will join President Trump’s legal team.

Former FBI lawyer Lisa broke her silence ahead of the DOJ Inspector General Michael Horowitz’s FISA report, which is set to be released December 9, where said she’s “done being quiet”, and told The Daily Beast that she finally decided to speak out after the President “acted out a fake orgasm to mock her texts with Peter Strzok during an October rally in Minneapolis.”

“[Trump’s] not ever going to become president, right? Right?! Lisa Page asked, to which Peter Strzok responded, “No. No he’s not. We’ll stop it,” adding, “…there’s no way he gets elected-but I’m afraid we can’t take that risk. It’s like an insurance policy in the unlikely event you die before you’re 40…”

“The lead FBI agent and the lead FBI lawyer were both biased against Donald Trump. That’s who was investigating [Trump] in 2016. I’m not sure how she thinks context is gonna improve that,” Gowdy said, adding that they were “talking about impeachment before even Adam Schiff was talking about impeachment. Remember Trump had just won in November and they’re already swapping reading lists, including all the President’s men and musing wantingly about impeachment?” (Continued Below)

“Put yourself in Donald Trump’s shoes. You’re being investigated– in fact, the investigations begun by a guy who says he can smell your supporters [in Walmart], he can do anything he can to stop it, they think you’re loathsome, they think you’re an f’ing idiot. That’s who was investigating. No wonder [Trump] has so little confidence in the FBI right now,” Gowdy explained.

Asked about Lisa Page’s comment where she said in her interview she has “freedom of speech” and that it “didn’t impact her work”, Gowdy responded, “Yep. She does have freedom of speech, and we have the freedom to reject what she said and tell her we don’t believe it. But the broader point is this, keep in mind Stzok and Page and the Democrats– the D.C. media’s argument is, ‘Yeah, they were biased, they said terrible things, but it had no impact on the outcome.’ In other words, Trump was treated fairly in the end.”

“Now contrast that with what Trump is going through with impeachment. Now the Democrats are saying ‘even though there were no investigations of the server or the Bidens and even though the aid was released’, they’re now hyper-focused on the process. It’s the phone call– that’s all that matters. So to Democrats, alls well that ends well if it’s Peter Strzok and Lisa Page, but if you get the aid and there’s no investigation, that’s not enough [for Democrats], it still may be impeachable just [be]cause we didn’t like your process,” he continued. (Continued Below)

“That’s duplicity, it’s a double standard and that’s why the American people, I think are completely unmoved thus far by the impeachment hearing of chairman Schiff,” Gowdy added.

He noted he hasn’t met anyone in his family or outside of his family whose “mind has changed since Adam Schiff began these impeachment hearings,” adding, “No one’s mind has changed. He’s not going to be removed from office. This is not about removing Donald Trump from office [be]cause they know they’re not going to be successful. It’s about shifting it to the Senate where they can put people like Cory Gardner and Martha McSally and Thom Tillis in a really tough spot.”

“If they win the Senate, even if they lose the White House in 2020, then he is a neutered President and I’ve always thought this is much more about the Senate than it is removing someone from office [be]cause they’re not gonna get a conviction in the Senate trial,” Gowdy said.

Before the interview concluded, the former South Carolina congressman responded on whether he is joining President Trump’s legal team. (Video Below)

“They haven’t let them participate in it. I was an average lawyer, but I did it for a long time and I need to participate to be able to effectively represent someone. You can’t do it starting on January 1 going to a trial on January 4. You just can’t do it,” he added.

EXCLUSIVE: Lisa Page, the former FBI lawyer whose text messages with agent Peter Strzok were seized on by President Trump, speaks out in an interview with @MollyJongFast https://t.co/Qd2Ar6INhD