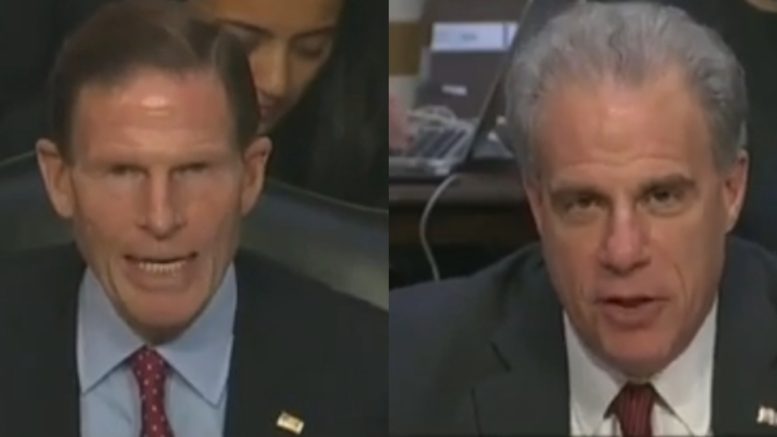 Towards the end if his grilling session with Inspector General Michael Horowitz on Wednesday, Senator Richard Blumenthal failed to confirm with Horowitz whether or not FISA warrants produced “useful” information for the FBI during their investigation into the Trump campaign.

Horowitz agreed there was information obtained from the warrants, but stopped short of agreeing with Blumenthal that the information was “useful”.

“Based on your experience and maybe your report, there’s a reason why warrants are renewed,” Blumenthal said. “They’re renewed because they are producing useful information, correct?”

Horowitz corrected Blumenthal as he responded, “Or they should be producing useful information. That’s how I’ll phrase it.”

“Your review of those warrants would indicate that they were producing useful information, correct?” Blumenthal said in his follow up question. Video Below

“I’m not sure that’s entirely correct, and I don’t know how much I can say about that in this setting,” Horowitz replied.

“They were producing information. I’m not sure how I would characterize whether they were helpful of not,” Horowitz proclaimed. Video Below

Related Article: While Grilling Horowitz, Grassley Discovers That ‘A Number Of People’ At FBI Knew Dems Funded The Dossier