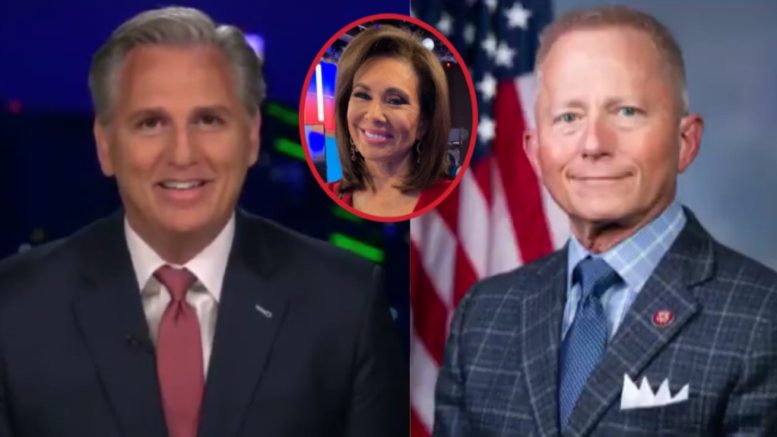 Democratic freshman New Jersey Rep. Jeff Van Drew informed his staff on Saturday about his intention to switch parties, Politico reported Saturday. Van Drew was one of two Democrats, along with Minnesota Rep. Collin Peterson, who voted against the Democrats’ initial impeachment inquiry on Halloween.

Swamp Drain previously noted, Van Drew had told Fox News host Maria Bartiromo last month that he would not be voting for impeachment with the rest of his party. House Minority Leader, Kevin McCarthy (R-CA), responded to reports of Van Drew expected to join the Republican Party amid impeachment differences.

Rep. Kevin McCarthy spoke with host Judge Jeanine Pirro on Saturday where they weighed in on Congressman Jeff Van Drew.

“It’s true, he voted against the inquiry and he’s also said he’s gonna vote against impeachment because he does not believe that it rises to that occasion,” McCarthy said.

“Not just by me, but by our conference and we would support him and we would welcome him to join. And any of your viewers out there who are independents or Democrats, who are frustrated with what’s happening with the rule of law, they are welcome to join us just as Ronald Reagan had left the Democratic Party and join the Republican Party,” he continued. (Continued Below)

Asked if he’s had conversations with Van Drew, Rep. McCarthy said, “I’ve had a lot of talks with him and I’ll let Congressman Van Drew, whatever decision he makes, I’ll let him make that announcement.”

“He is very welcome to join us, just as others have before when the party has left them,” McCarthy added. (Video Below)

.@GOPLeader spoke to me about vulnerable democrats whose support for impeachment could cost them their seat. Listen: pic.twitter.com/lUX0DRDshH