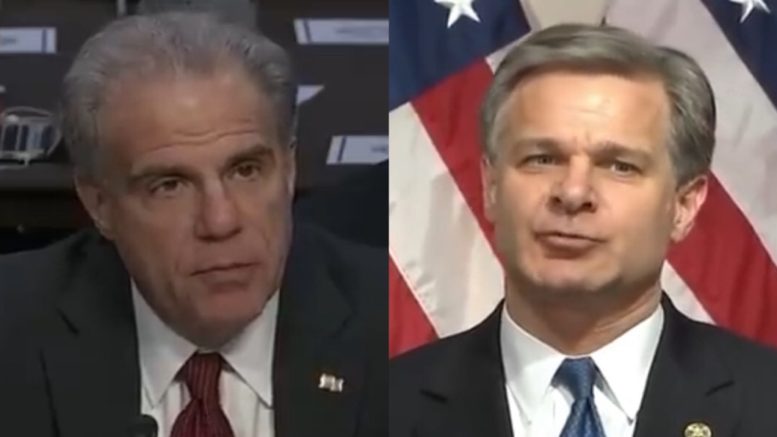 On Tuesday, the Foreign Intelligence Surveillance Court (FISC) that approved the surveillance of former Trump campaign adviser Carter Page, accused FBI agents of creating a misleading impression about their premise for requesting a warrant and ordered the FBI to overhaul its process.

Presiding Judge Rosemary Collyer with the United States FISC ripped the FBI of providing false information and withholding materials that would have impaired its four surveillance applications.

The order comes after the Justice Department’s Inspector General, Michael Horowitz, released a FISA report this month on its investigation into the Trump campaign and the 2016 election. Horowitz described a series of missteps taken during the investigation and explained why his team decided to refer the FBI’s “entire chain of command” of the Carter Page investigation, for any action it deems appropriate– for further investigation.

“The FBI’s handling of the Carter Page applications, as portrayed in the OIG report, was antithetical to the heightened duty of candor described above,” Rosemary Collyer, presiding judge with the FISC, wrote in the order released by the court.

The FBI said it would take more than 40 “corrective steps” in response to the watchdog report, reported The Hill.

Judge Collyer also wrote that the Inspector General report documented “troubling instances in which FBI personnel provided information to NSD [the National Security Division of the Justice Department] which was unsupported or contradicted by information in their possession.” (Continued Below)

Judge Collyer further noted the IG report cited “several instances” in which the FBI sought to persuade the court that probable cause existed to believe Page was a Russian agent, but nonetheless withheld “information in their possession which was detrimental to their case.”

“The frequency with which representations made by FBI personnel turned out to be unsupported or contradicted by information in their possession, and with which they withheld information detrimental to their case, calls into question whether information contained in other FBI applications is reliable,” Collyer wrote.

“The FISC expects the government to provide complete and accurate information in every filing with the Court. Without it, the FISC cannot properly ensure that the government conducts electronic surveillance for foreign intelligence purposes only when there is a sufficient factual basis,” the Judge added. (Continued Below)

President Trump took to Twitter after the Judge issued the order: “Wow! ‘In a stunning rebuke of the FBI, the FISA court severely chastised the FBI for the FISA abuses brought to light in the recent Inspector General’s Report. There were at least 17 significant errors.’ @FoxNewsStatement by the Court was long and tough. Means my case was a SCAM!” he wrote.

Wow! “In a stunning rebuke of the FBI, the FISA court severly chastised the FBI for the FISA abuses brought to light in the recent Inspector General’s Report. There were at least 17 significant errors.” @FoxNews Statement by the Court was long and tough. Means my case was a SCAM! 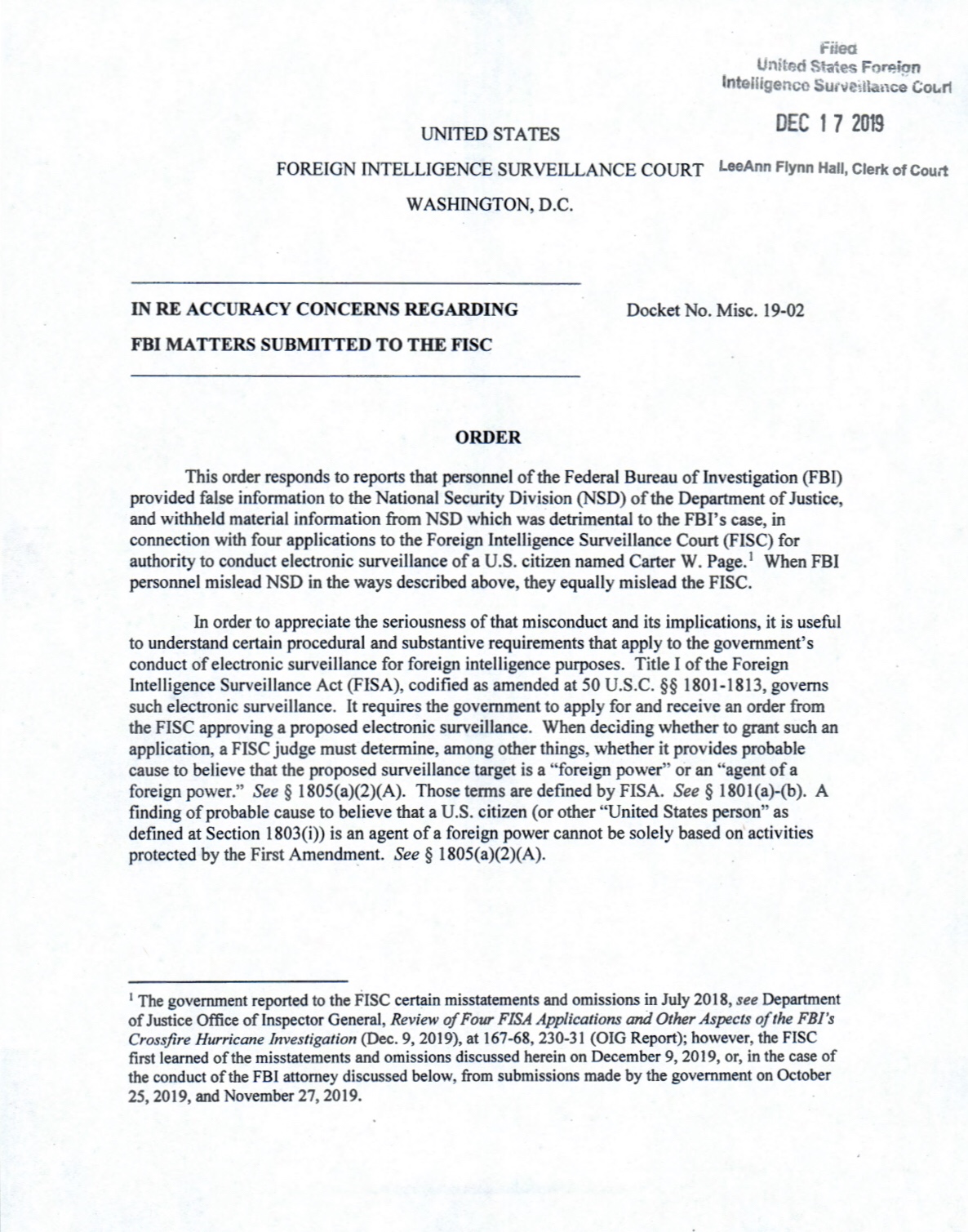 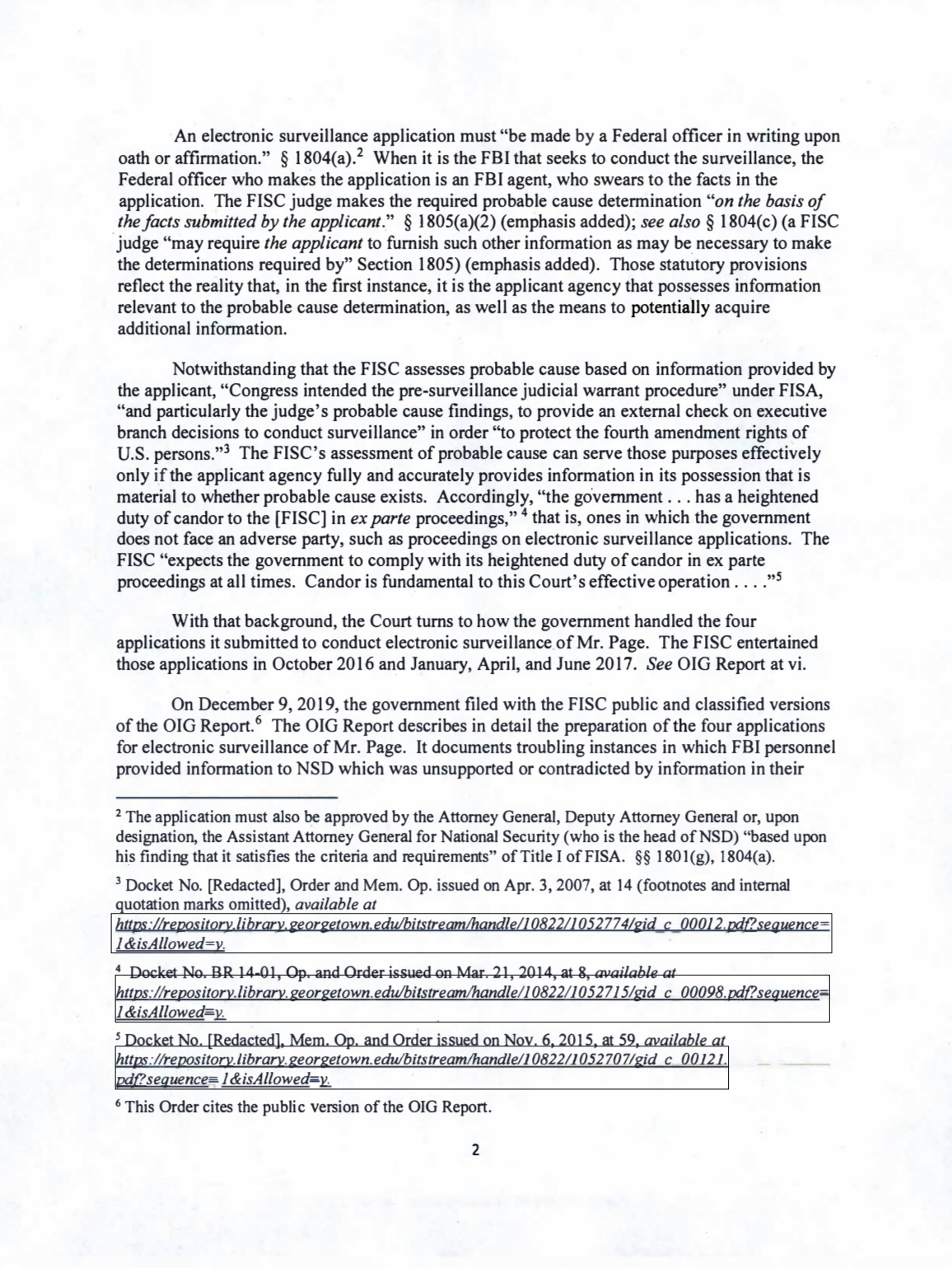 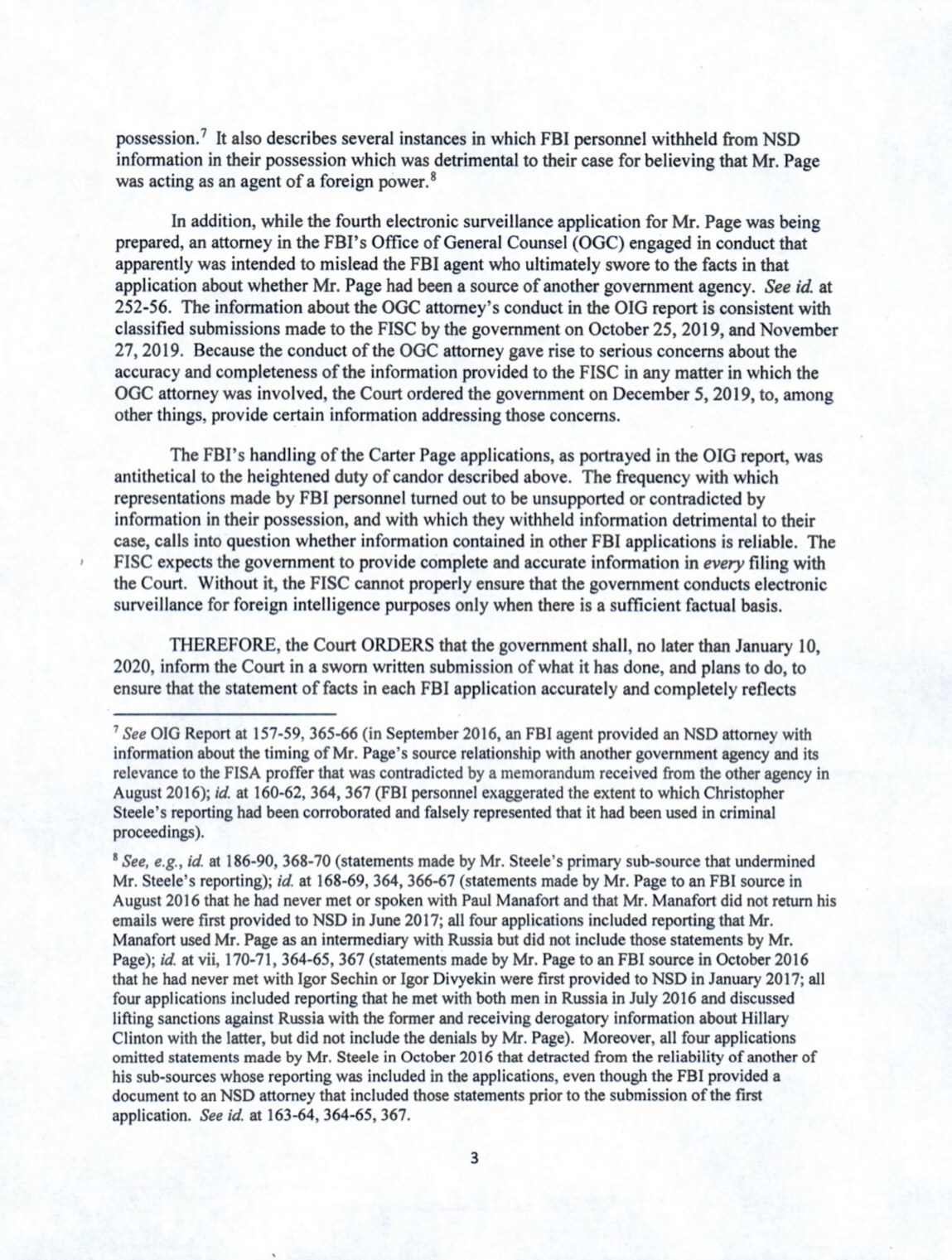 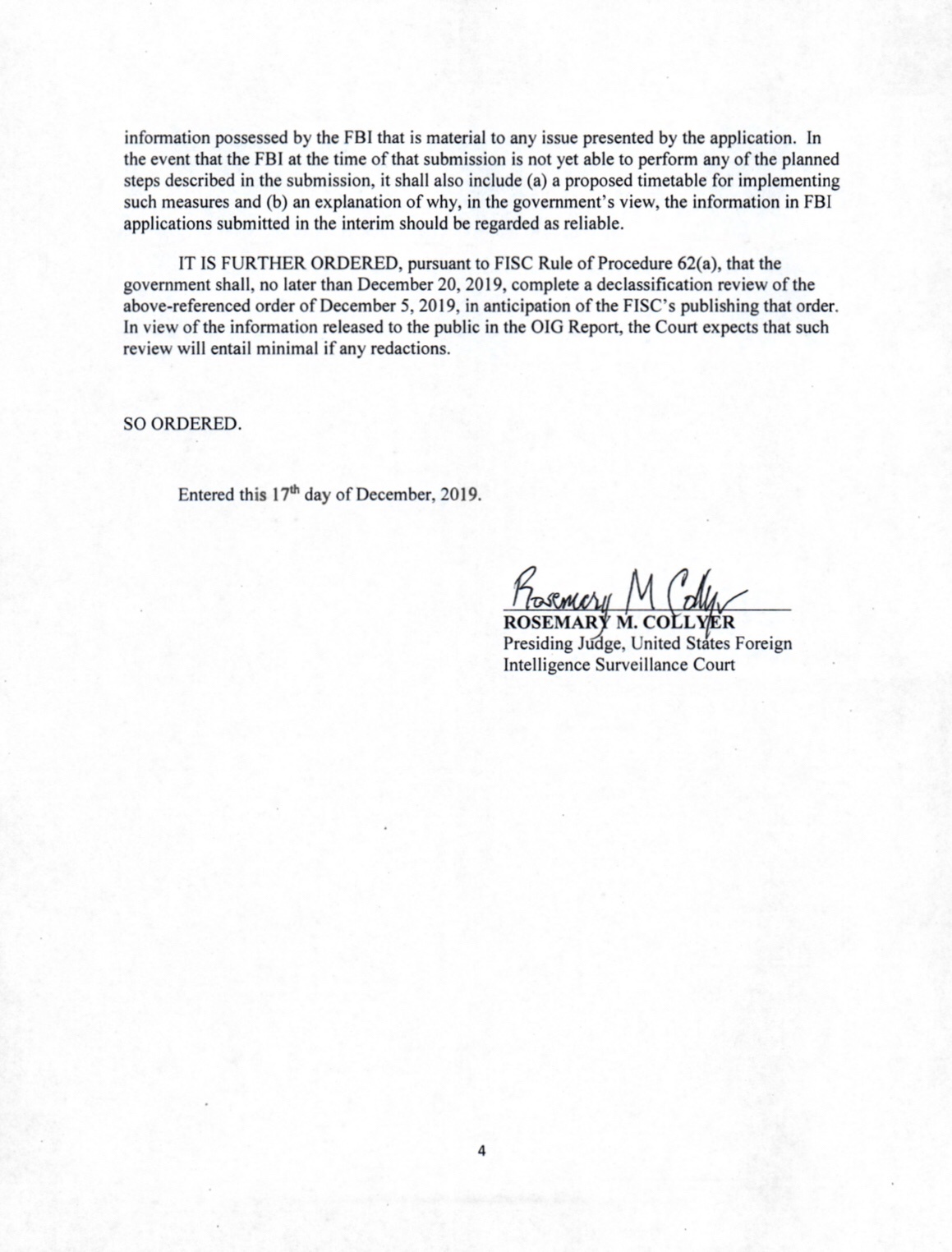