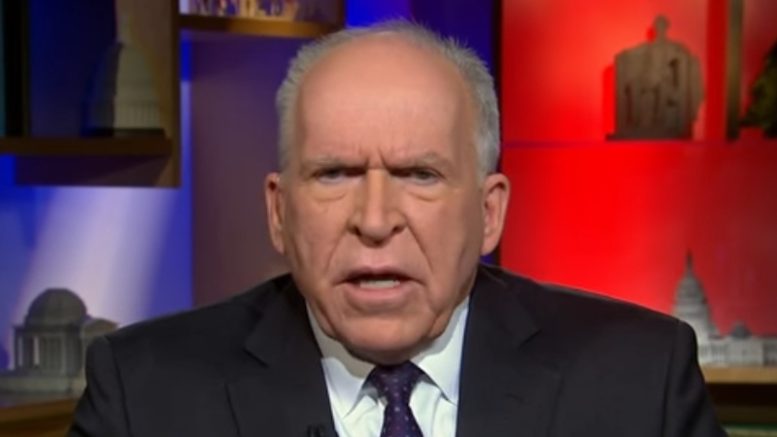 While appearing for an interview with Chris Hayes on MSNBC, former CIA Director John Brennan admitted mistakes were made by the FBI during the FISA process, but he suggested it happened because the FBI were trying their best to prevent Russia interference.

“Well clearly, there were mistakes made based on the inspector general’s reports,” Brennan is heard saying in a video clip of his interview that was posted to Twitter.

“And I know that a lot of people attribute [mistakes made] to either to incompetence or politicization. Well, I might just attribute it to, these were FBI agents who were doing their level best to try to prevent Russia interference in the election,” Brennan is quoted as saying as per Fox News.

Related Article: Comey Admits His Handling Of The FISA Process Was ‘Not Acceptable’, Gowdy Reacts: “Comey Is Two Years Too Late”

“They were probably overly aggressive, they didn’t pay careful enough attention to some of the details, they may have ignored some aspects of the work that was uncovered,” Brennan said.

“But I think the IG was very clear that politicization did not seem to creep into any aspect of their work either at the initiation of the investigation or throughout,” he declared. Video Below

Brennan: "There were mistakes made." pic.twitter.com/Dsdbz5aFJ5