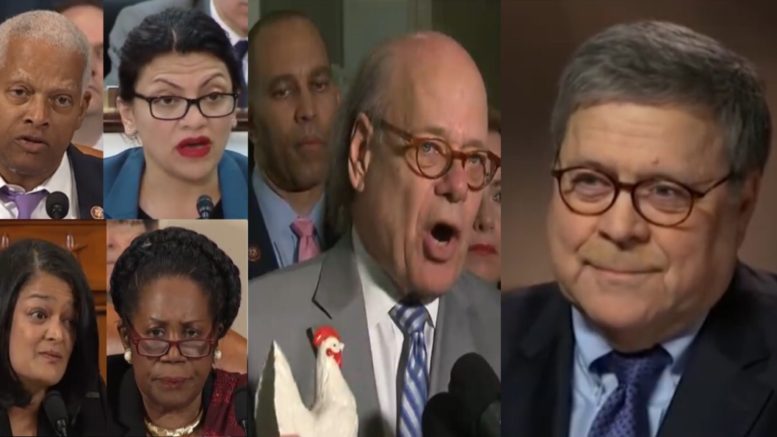 In the letter, the Democrat representatives allege that Attorney General William Barr and U.S. Attorney John Durham have consistently questioned the “legitimacy” of the Department of Justice, claiming they are acting as President Trump’s “mouthpiece”.

“On April 10, 2019, you testified before the Senate Appropriations Committee. Over the course of your testimony, you stated that you planned to review intelligence activities surrounding the Trump campaign, including that you believed ‘spying did occur,'” the Democrat representatives wrote.

“This unfounded assertion was not only inappropriate given the ongoing nature of the investigation, but in the wake of the release of the Office of Inspector General (OIG) report, it was a completely inaccurate statement,” the letter states.

Inspector General Michael Horowitz, however, told a Senate Judiciary hearing that surveillance without a legal foundation is “illegal surveillance.” The DOJ watchdog accused top officials in the FBI of mishandling a flawed effort using a Foreign Intelligence Surveillance Act (FISA) court to get authority to surveil Carter Page, an American foreign policy adviser who worked on President Donald Trump’s election effort. (Continued Below)

Horowitz was asked by Senate Judiciary Chairman Lindsey Graham (R-SC) about whether there was a point when surveilling Page became unlawful. Horowitz first said that his report was sent to the courts to make a decision on whether charges should be filed against anyone at the FBI.

“If you don’t have a legal foundation to surveil somebody and you keep doing it, is that bad?” Graham asked Horowitz, to which the DOJ watchdog replied, “Absolutely”, adding that “it’s illegal surveillance. It’s not court-authorized surveillance.”

Attorney General William Barr said in a statement after the FISA report release, “The inspector general’s report now makes clear that the FBI launched an intrusive investigation of a U.S. presidential campaign on the thinnest of suspicions that, in my view, were insufficient to justify the steps taken.” (Video Below)

“It is also clear that, from its inception, the evidence produced by the investigation was consistently exculpatory,” Barr continued. “Nevertheless, the investigation and surveillance was pushed forward for the duration of the campaign and deep into President Trump’s administration.”

U.S. Attorney John H. Durham, whom Barr appointed to run a separate investigation into the origins of the Russia probe, backed his attorney general. “Based on the evidence collected to date, and while our investigation is ongoing, last month we advised the Inspector General that we do not agree with some of the report’s conclusions as to predication and how the FBI case was opened,” Durham said in a statement.

John Durham has begun looking into former CIA Director John Brennan, The New York Times reported Thursday and has reportedly asked for Brennan’s emails, call logs and other documents seeking to learn what Brennan told other officials about the CIA’s opinion of a now-infamous dossier that made claims about Russia and figures in President Trump’s orbit.

“Do you still stand by your statement that the [Trump] campaign was spied upon?”

AG Bill Barr: “It was clearly spied upon.”
pic.twitter.com/AZ4yLNZc5r 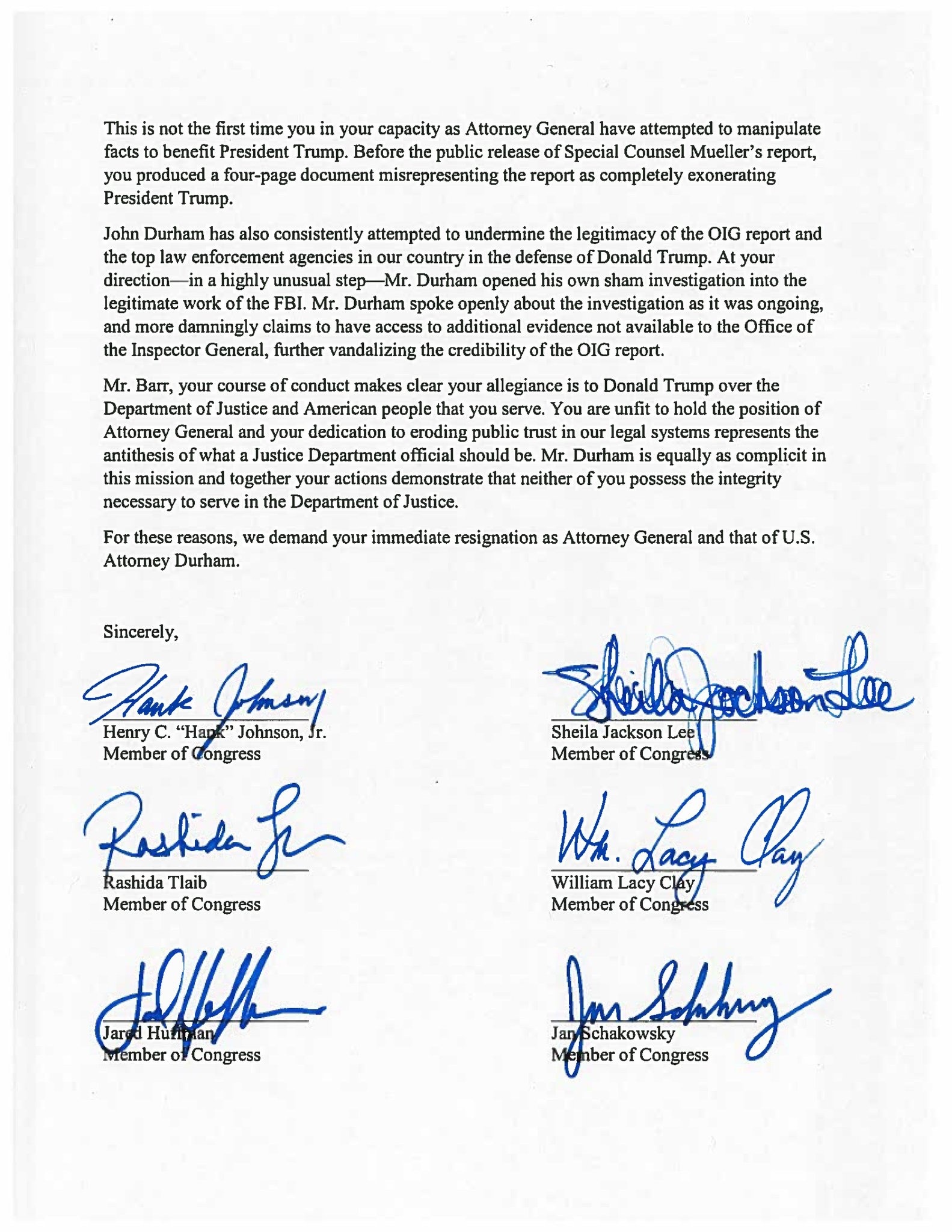 (Related: FISC Judge Rips The FBI Over Their Mishandling Of The FISA Process As Laid Out In IG Report)