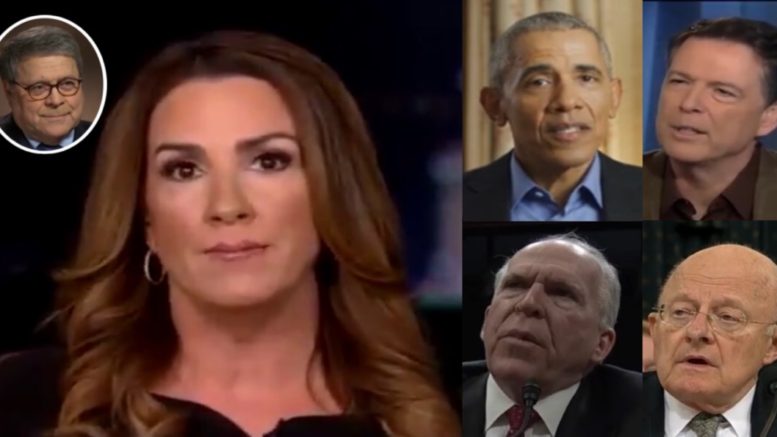 In an interview with Fox News‘ Martha MacCallum, Attorney General William Barr answered some questions pertaining to the origins of the Trump-Russia probe and the investigation being led by U.S. Attorney John Durham.

Barr revealed to MacCallum that part of Durham’s investigation is to uncover why the Trump campaign and then-candidate Donald Trump did not receive a defensive briefing if there was some skepticism that someone in the campaign was in cahoots with the Russians.

On September 20, 2017, Sen. Chuck Grassley (R-IA) had sent a letter to the FBI Director Christopher Wray, asking about whether or not the FBI ever provided the Trump campaign with a defensive briefing regarding Russian interference in 2016.

“I write to inquire about whether the FBI ever provided the Trump campaign with a defensive briefing or other warning regarding attempts to infiltrate the campaign by people connected with, or compromised by, Russian intelligence,” Grassley wrote.

On October 26, 2017, the FBI responded misleading lawmakers, by claiming they “did provide a counterintelligence defense briefing to then-candidate Donald Trump and other campaign officials.”

During a Senate Judiciary Committee hearing with Inspector General Michael Horowitz this month, however, an exchange with Sen. Lindsey Graham (R-SC) uncovered how the FBI “failed” to brief the Trump campaign on alleged Russian interference within the Trump campaign.

Attorney General William Barr said in his interview with Marth MacCallum, “If you’re interested in protecting the election, you give a defensive briefing.”

Asked why they didn’t give the briefing, Barr responded, “We’ll see,” to which MacCallum asked, “That’s part of the Durham investigation?” Barr said, “Yes.” (Video Below)

“There can only be one answer if you really think this through,” Carter said. “With all the evidence that we know, it’s because they wanted to spy on members of the Trump campaign. And if they gave them a detailed defense briefing, they wouldn’t be able to do that.”

Bill Barr drops Obama’s nane and Loretta Lynch and Hillary Clinton pertaining to Russia probe.
They all knew, why didn’t Trump get a briefing if they were so worried about the interference in the Election? pic.twitter.com/dBoPhDBtMh

.@SaraCarterDC why would they not give @realDonaldTrump The same defensive briefing that crooked @HillaryClinton got? pic.twitter.com/oMzoakG78a

“Did [the FBI] ever brief Hillary Clinton about efforts to foreign influences involving her campaign? Do you know?” Senator Graham asked Horowitz.

“I’ve heard that, but I don’t know that for a fact,” Horowitz replied.

“They did. Good for them,” Graham said. “And they stopped it. Was there ever a defensive briefing given by the FBI Department of Justice to Donald Trump about the concerns?” [Emphasis added.]

“There was not,” Horowitz stated. [Emphasis added.]