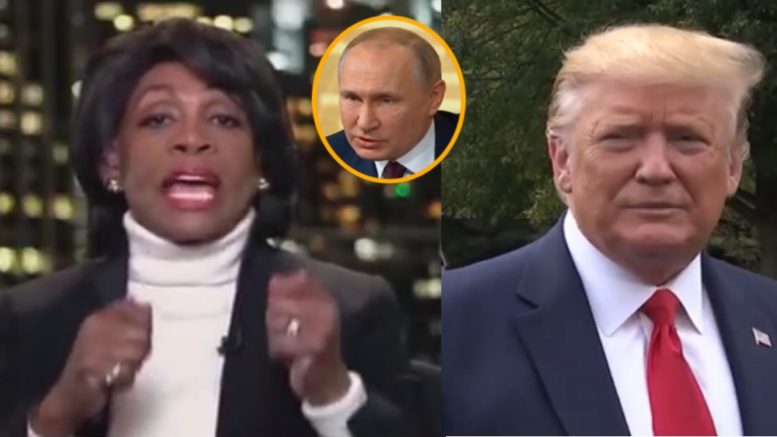 Rep. Maxine Waters (D-CA) spoke with host Chris Hayes Friday on MSNBC‘s “All In”, where she predicted if President Donald Trump is exonerated in the Senate impeachment trial, he would invite Russian President Vladimir Putin to the White House.

Waters further claimed “something is wrong” with President Trump, he’s “dangerous” and that he “did not deserve to be President”.

“Yes, I started early. I wanted to create this discussion and I wanted us to get more involved in investigating [President Trump]. And of course, the Mueller report came out … and it was only when he made the call to Zelenksy, and people started to see and say, ‘Oh my goodness. He’s using the power of the presidency to try and get this new president to come up with a phony investigation on Biden, because of his son, and the work he had done with the company there,'” Rep. Waters said.

“So this seemed to trigger a lot of belief that yes this man is dangerous, it’s something wrong with him– to abuse his power that way–absolutely flies in the face of the Constitution of the United States,” she continued.

“I was right that something was wrong with him– that he did not deserve to be president– that he was potentially dangerous– that he didn’t care about the Constitution,” the California congresswoman claimed.

“When I came to those conclusions early and started the discussion, I wanted to sound the alarm– that we better pay attention and it finally came to that,” Waters stated. (Continued Below)

And I really knew that it would because of his character, he would not stop. And if he’s exonerated by the Senate, when they do the trial, he’s gonna get even worse,” Waters continued.

(Related: Maxine Waters: GOP Senators Are ‘Not Gonna Have Rules That Are Gonna Be Fair’ With Impeachment)

“I tell you and I predict, he’s gonna bring Putin into the White House for a meeting,” she said. (Video Below)

A very Ugly display by Mad Max. She is erratic and unhinged. pic.twitter.com/KSr3jsCWWY