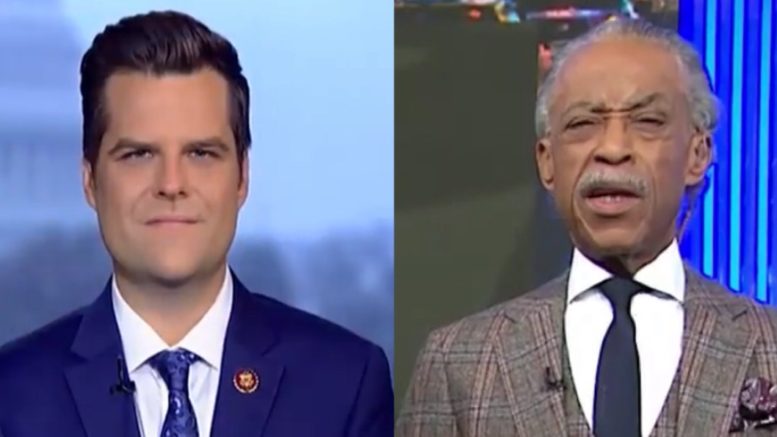 On Sunday, Reverend Al Sharpton criticized President Donald Trump on MSNBC, saying that the Commander in Chief is “no Jesus Christ” and that he is being impeached for his sins.

This also comes after Christianity Today penned an editorial titled “Trump Should Be Removed From Office,” which called for the removal of President Trump on Thursday, one day after the House of Representatives passed two articles of impeachment the president.

After Sharpton said he is a practicing Baptist, he claimed: “Mr. President, you demonstrate your profound immorality day in and day out,” adding that President Trump can’t live up to one of Jesus’ commandments: “love thy neighbor as thyself.”

“You [were] asked during the campaign one of your favorite scriptures– you said all of them. Well, go to the scripture that says judge ye not, ye not may be judged,” Sharpton said after playing a video clip of President Trump’s comments on John Dingell during a rally.

“So I won’t judge where you will end up after the judgment when we all face God, but I will say it’s not up to me whether you go to heaven or hell. I won’t even express an opinion. But it is up to me to use my vote on whether you go back to the White House or not,” he added.

Rep. Matt Gaetz (R-FL) took to Twitter on Sunday to respond to Sharpton’s remarks, slamming him for his lectures on morality. (Continued Below)

Rep. Gaetz tweeted: “The #AmericaFirst movement doesn’t take lectures on morality from people who refer to cops as ‘pigs’, whites as ‘crackers’ or jews as ‘interlopers.’

Gaetz added: “Al Sharpton is a racist disgrace.” (Video Below)

cops as “pigs”
whites as “crackers” or
jews as “interlopers.”

In September, during a House Judiciary Committee hearing on police brutality, things spiraled into chaos and got heated when Rep. Matt Gaetz grilled Reverend Al Sharpton about past statements about Jews, white people, and African Americans that are considered bigoted and racially charged.