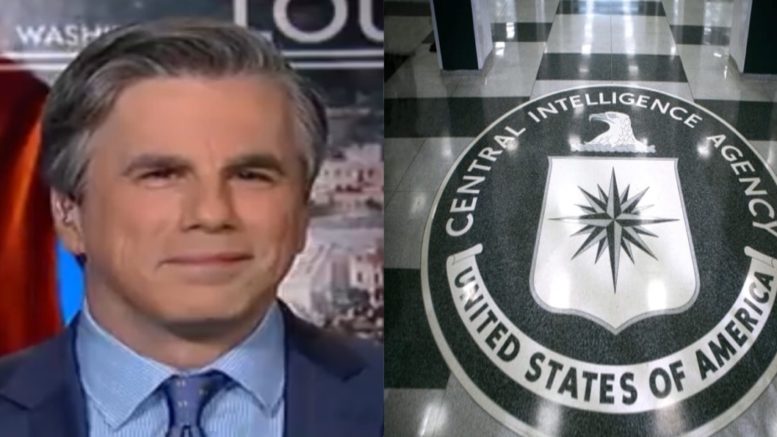 On Thursday, Judicial Watch announced in a press release that it filed Freedom of Information Act (FOIA) lawsuits against both the DOJ and CIA for communications of CIA employee Eric Ciaramella, who reportedly worked on Ukraine issues while on detail to both the Obama and Trump White Houses.

President of Judicial Watch, Tom Fitton, told Fox News‘ legal analyst Gregg Jarrett on Monday: “Technically speaking, we don’t know this individual is actually the whistleblower. But we do know he worked at Obama White House, and then the Trump White House, and a sensitive position for the CIA on Ukraine.”

“So we want his emails because of the evidence that he is the whistleblower potentially. But secondly, he may have been involved in other illicit leaking, hence the email lawsuit for documents–the special counsel and the FBI, where there may have been skullduggery there by this alleged whistleblower,” Fitton told Jarrett.

“By all accounts, he’s a leaker and again, this is the sort of thing– why is Judicial Watch having to do this basic investigative heavy lifting and lawsuits? The Senate should be talking about doing this work as well to figure out the connections here, not only internally in the deep state attack on Trump, but their collusion with the Schiff gang,” Fitton added.

Judicial Watch filed suit against the CIA after it failed to respond to November 2019 FOIA requests seeking all of Ciaramella’s emails from June 1, 2016, to November 12, 2019 (Judicial Watch v. Central Intelligence Agency (No. 1:19-cv-03807)). (Continued Below)

The JW press release notes: In the morning on May 10, 2017, President Trump met with Russian Foreign Minister Sergey Lavrov and Russian Ambassador Sergey Kislyak in the Oval Office.468

(5/9/17 White House Document, “Working Visit with Foreign Minister Sergey Lavrov of Russia”) … (5/10/17 Email, Ciaramella to Kelly et al.). The meeting had been planned on May 2, 2017, during a telephone call between the President and Russian President Vladimir Putin, and the meeting date was confirmed on May 5, 2017, the same day the President dictated ideas for the Comey termination letter to Stephen Miller…. (5/10/17 Email, Ciaramella to Kelly et al.). (Continued Below)

Information about this phone call was later leaked to The New York Times.

Ciaramella is widely reported as the person who filed the whistleblower complaint that triggered the impeachment proceedings. His name reportedly was “raised privately in impeachment depositions, according to officials with direct knowledge of the proceedings, as well as in at least one open hearing held by a House committee not involved in the impeachment inquiry.”

Judicial Watch recently compiled an extensive list of persons Ciaramella met while in the Obama-era White House. That list includes, but is not limited to, Daria Kaleniuk, co-founder and executive director of the Soros-funded Anticorruption Action Center (AntAC) in Ukraine; Gina Lentine, formerly the Eurasia program coordinator at Soros funded Open Society Foundations; and former Assistant Secretary of State Victoria Nuland, who had extensive involvement with Clinton-funded dossier.

The logs also reveal that Alexandra Chalupa, a contractor hired by the DNC during the 2016 election who coordinated with Ukrainians to investigate President Trump and his former campaign manager Paul Manafort, visited the White House 27 times.