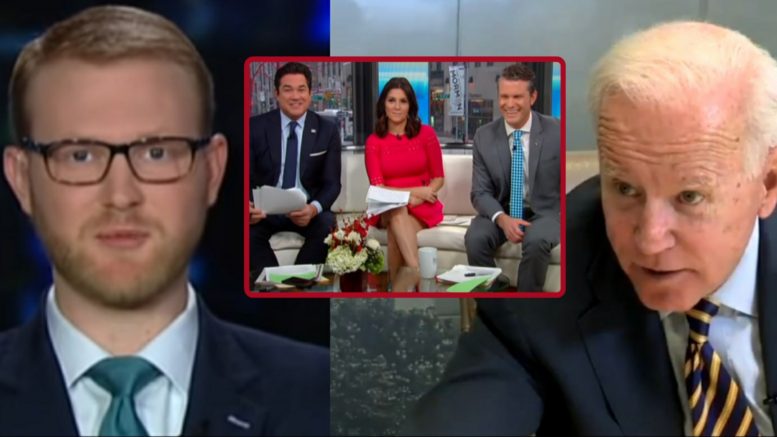 Political analyst Ron Meyer had made a bold prediction in regards to the 2020 election while appearing on Wednesday’s airing of Fox & Friends.

Meyer essentially think’s Democrat candidate Joe Biden is “cooked” and stands very little chance of winning the nomination for President because of the way the DNC made changes to the primary process.

“So, the DNC made two big changes,” Meyer explained. “They got rid of the power from super-delegates. And they got rid of winner-take-all primary contests.”

This means that delegates allocated by each state will be distributed proportionally to candidates based on percentage of vote in the primary contests. Video Below

“The thing with Joe Biden is that in the states he is winning, he’s only winning by a small margin,” Meyer said. “And if you look at Elizabeth Warren and Bernie Sanders, they’re right behind him in most of these states, or beating him a lot in the first two states.”

“And so, when you add up the two socialist candidates versus the one moderate candidate, they overtake him,” he declared. “And so, as these delegates amass, you’re going to see that basically the left wing of the party is going to have more delegates at the end of the day.”

“And so, when Bernie Sanders drops out or when Elizabeth Warren drops out, those delegates will consolidate behind one candidate that’s not Joe Biden. And that spells trouble for him,” Meyer proclaimed. “He’s cooked. I think he’s got a greater than 50% chance of not being the Nominee and I think that that’s obviously good for President Trump.” Video Below