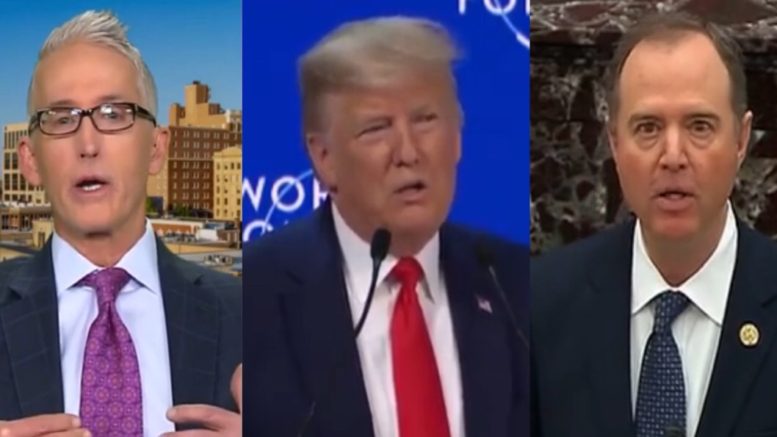 “We are here today to consider a much more grave matter and that is an attempt to use the powers of the presidency to cheat in an election for precisely this reason. The president’s misconduct cannot be decided at the ballot box– for we cannot be assured that the vote will be fairly won,” Schiff had claimed on the Senate floor Wednesday.

Bret Baier asked Trey Gowdy, “Do voters never get to trust the vote, and only lawmakers can decide what the line is that the president can get kicked out of office for?”

“Adams ordinarily not that stupid. But when you tell the jury, the Senate, on one day that they’re corrupt, and then you tell the American people they cannot be trusted to pick the Commander in Chief, that’s just a wildly stupid trial strategy,” Gowdy expressed.

“Remember when Donald Trump as a candidate began to question the reliability of the vote? Remember when he started making allusions to potential voter fraud and he was roundly criticized by everyone I heard in the media for even suggesting you could not rely on a vote total?” Gowdy asked.

“Well, Adam Schiff has done the exact same thing. American people, we don’t trust you to factor this in November. So we need a hundred Senators to decide that. It is a wildly stupid trial strategy, only surpassed by Jerry Nadler’s insulting of the jury two days ago,” he added. (Video Below)