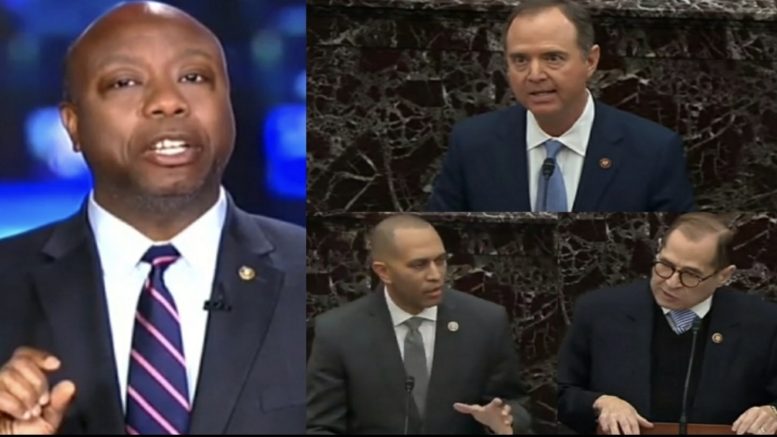 Senator Tim Scott was is ready to move on after suffering through to the “Fourth Groundhog Day” of the Senate trial, as he put it.

While appearing on Fox News, Scott complained that he’s learned nothing new after listening to Democrats present their case as they “have not added a single fact since Tuesday.”

“18 hours yesterday, 13 hours on Tuesday, several hours on Wednesday, more hours on Thursday, and not a single piece of new information has come forward,” Scott declared. “…The Democrats have decided to overrun the American people with the same information.”

On the bright side, however, Sen. Scott is grateful that the President’s team will now have an opportunity to present their case, which he said will be a “compelling change” for the American people.

Scott then ripped the case presented by the House Democrat impeachment managers who said “that the case as it is is overwhelming, that there was really no need for any new information for the United States Senate to come to the conclusion that the President is an existential threat to the country.”

“What we’ve heard so far is absolutely the opposite,” Senator Scott asserted. Video Below

He went on to say that he looks forward to seeing the “the rest of the story” in regards to the “evidence presented by the Democrats”.

“The rest of the story is the most important part to the story. And the American people will actually have the full testimony in a way that the Democrats tried to frame against the President. So they had facts but not truth,” Sen. Scott concluded. Video Below

Sen. Scott: the evidence shows “exactly the opposite” of what Democrats claimhttps://t.co/UfLbBpWP16 pic.twitter.com/T4FFv07nd2