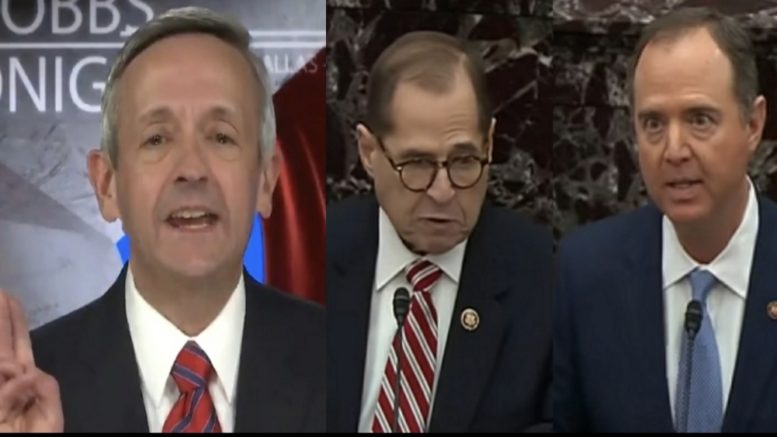 After discussing how President Trump became the first U.S. President to speak at the “March For Life” on top of other accomplishments of his presidency, Pastor Jeffress pivoted and exposed what he thinks the impeachment process is really all about.

“This Ukraine stuff and this this trial, this impeachment — this isn’t about Ukraine,” Jeffress asserted.

He continued, “Donald Trump committed the two unpardonable sins in the eyes of the Democrats: He beat Hillary Clinton in 2016. And secondly, he’s fulfilling every promise he made, and thst is making his opponents apoplectic.”

“They’re trying to get him out office. They’re not going to succeed in it,” Pastor Jeffress declared. Video Below