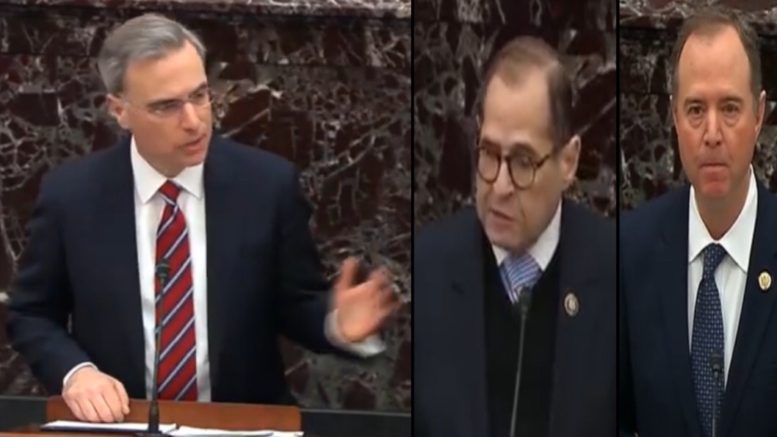 “And every time you see one of these pieces of evidence, ask yourself, ‘Why didn’t I see that in the first three days?’ They had it. It came out of their process. Why didn’t they show that to the Senate? And I think that’s an important question because as House managers, really their goal should be to give you all of the facts,” he told the Senate to ponder on that notion.

“They’re asking you to do something very, very consequential, and I would submit to you a word that Mr. Schiff used a lot: ‘very, very dangerous,'” Cipollone urged.

“I don’t think they spent one minute of their 24 hours talking to you about the consequences of that for our country, not one minute,” he pointed out. (Video Below)

(Related: Pat Cipollone Steps To The Podium & Rips Dems Case For Impeachment: “They Are Here To Steal Two Elections”