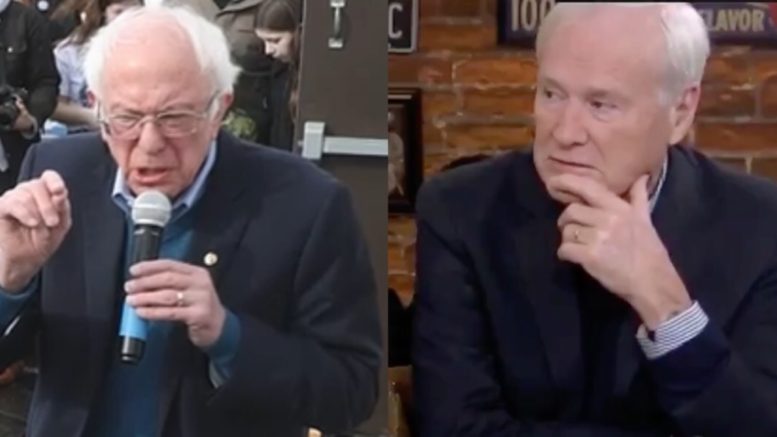 Monday on MSNBC, host Chris Matthews freaked out over the prospects of Democratic presidential candidate, Bernie Sanders, winning Iowa, on the day of the Iowa Caucus.

Matthews admitted to his colleagues that he’s “not happy with this field”, and also expressed that there is no chance “Bernie Sanders is going to be the President of the United States”.

“I think they have to find a candidate for president that can beat Trump,” he said.

Joe Scarborough asked: “You don’t think any of these candidates could beat Trump, to which Matthews responded, “I’m looking. I’m still looking.”

Mika Brzezinski then asked what is the problem with the current candidates, and Matthews vented: “Obvious problems. They’re all problems. Bernie Sanders is not going to be President of the United States.” (Continued Below)

“Who is this guy ideologically? It’s not just the nice good stuff about healthcare. Why does he say the stuff he does about Maduro and people like that? People gotta figure out who the guy is. … I think the country’s got a problem, we’ll see. Nobody is gonna say it tonight. They’re gonna be cheering, good ole Bernie. I think he’s gonna win big tonight. Real big.” Matthews added. (Video Below)

MSNBC's Chris Matthews says he's "not happy" with the Democrats running for president and he doesn't think any of them can beat Donald Trump.

He says the candidates all have "obvious problems." pic.twitter.com/foSMVNfJ6X